Read about our special guest adjudicators for the High School Invitational portion of the 54th annual Elmhurst University Jazz Festival.

Composer/producer Ryan Truesdell rose to prominence with his Gil Evans Project, born of his desire to restore and perform Gil Evans’ music directly from Gil’s original manuscripts. The magic of Gil’s writing lies in the details, and without his original scores, it is nearly impossible to accurately perform his music as originally intended. After years of painstaking research, countless hours of preparation, and with full support from the Evans family, Ryan Truesdell and the Gil Evans Project have made it possible, for the first time, to perform Gil’s music in its purest form: directly from his manuscripts.

Ryan Truesdell’s Gil Evans Project performed the music of the Birth of the Cool at the main Festival in February; we welcome him to the High School Invitational as both a guest adjudicator of the high school performances and as feature performer. He will conduct the Elmhurst University Jazz Band in special performance of the music of Bob Brookmeyer. 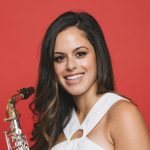 Alexa Tarantino is an award-winning, vibrant, young jazz saxophonist, woodwind doubler, composer, and educator. She performs regularly with her Alexa Tarantino Quartet and as a sidewoman with artists including Cecile McLorin Salvant, Ulysses Owens Jr., and Sherrie Maricle & the DIVA Jazz Orchestra. Firefly, Alexa’s third record for Posi-Tone Records, will be released April 30, 2021. She was recently named one of the “Top 5 Alto Saxophonists of 2019” by the JazzTimes Critics’ Poll and nominated as a “Rising Star – Alto Saxophone” by the 2020 Downbeat Critics’ Poll.

Ms. Tarantino has previously performed at the Festival with Arturo O’Farrill & the Afro-Latin Jazz Orchestra, and we are thrilled to welcome her for the first time as guest adjudicator for this year’s High School Invitational. 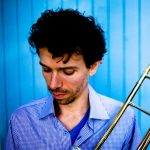 Hailed in the Downbeat International Critics Poll as #1 Rising Star trombonist, a player “of vision and composure” according to The New York Times, Ryan Keberle has developed a one-of-a-kind voice both on his instrument and as a composer, earning distinction among jazz’s most adventurous new voices. Keberle’s music integrates his wide-ranging experiences into a highly personal vernacular — immersed in jazz tradition, drawing on world music, rock and other influences, seeking fresh and original pathways. His flagship ensemble, Catharsis, has released five albums, three on Dave Douglas’s Greenleaf Music record label, to worldwide critical acclaim.

Mr. Keberle has performed at our Festival numerous times with big bands including the Maria Schneider Orchestra, and we are proud to welcome him for the first time as guest adjudicator for this year’s High School Invitational. 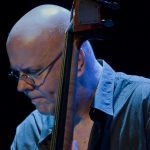 Mr. Anderson has performed as a sideman at the Festival too many times to count, and we are excited to welcome him for the first time as a guest adjudicator for this year’s High School Invitational.