‘Elmhurst Offered Everything and More’

While at Elmhurst, Len Walter ’62 laid the foundation for a legendary career in news media. 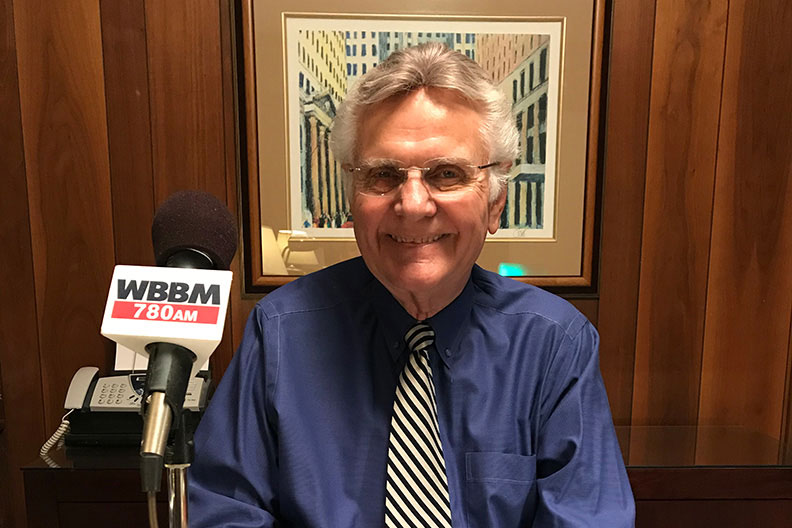 As a special way to mark our sesquicentennial celebration, we asked some of our students, faculty, staff and alumni to share their fondest Elmhurst memories, favorite campus stories and hopes for the future of the University. Read along as we roll out the entire series over the coming months.

When Len Walter ’62 was initially denied admission to Elmhurst University, he received a letter signed by then-President Robert Stanger. Walter kept the letter with him all the time, he says, using it as inspiration to find a way out of his job as a delivery truck driver. One day, by chance, he was delivering fruits and vegetables near campus. He went to Stanger’s office, showed the secretary the letter, and talked his way into a meeting.

“After a lengthy conversation, Stanger said, ‘School starts in three weeks. All of the classes are filled, but I’ll find room for you. If you don’t get a B average the first year, you’re out,’” Walter recalls. “I said, ‘That sounds like a pretty good deal.’”

Walter went on to earn a bachelor’s in speech and English before starting a successful career in radio and television.  He retired in January after 60 years in the business and 52 years at WBBM NewsRadio 780. 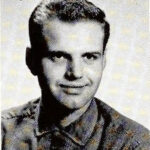 What do you remember about your time at the campus radio station?

It was very, very modest. It was a turntable and records. If you flipped the switch and started the broadcast, it would only go into the dormitories.

What do you wish people knew about Elmhurst?

The caliber of teaching is superb. Elmhurst offered everything and more than I ever expected. Anyone wanting a superior education should immediately consider Elmhurst.

I’ve been on campus a couple of times over the past couple of years and have seen the physical expansion. It’s as impressive as the courses and degrees now offered. It’s a world-class University.

Where was your favorite place to hang out on campus?

There was a piano in the small auditorium of Irion Hall. When I had the need to relax, I would go in there when nobody else was around and play the piano. It was very satisfying.

What do you see for the future of Elmhurst?

The future is extremely bright for Elmhurst. I’ve been on campus a couple of times over the past couple of years and have seen the physical expansion. It’s as impressive as the courses and degrees now offered. It’s a world-class University.