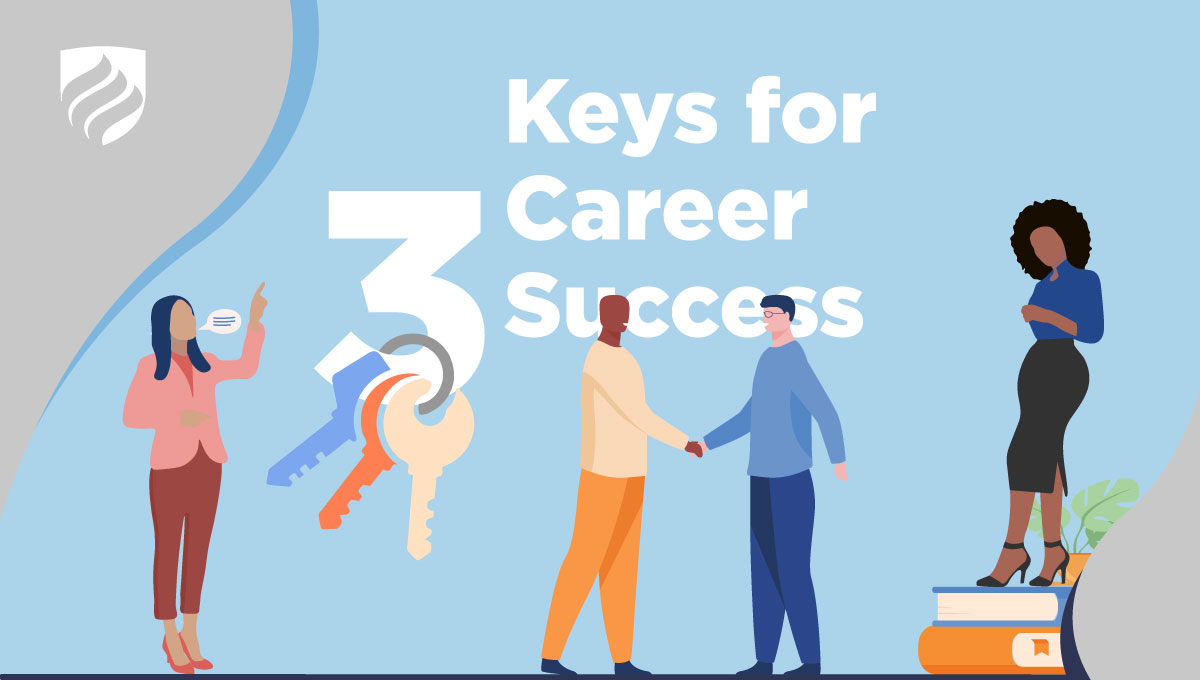 Wouldn’t it be great if, after graduation, each step of your career path would lead you on an upward sloping line, eventually leading to you achieving your ultimate career goal?

Unfortunately, that is usually never the case. My career trajectory looks more like an EKG, with a couple of U-turns thrown in. So, what do I know now that I wish I knew when I graduated from college some 30 years ago?

Throughout my career, I’ve made it a hobby to study successful people. Some were people I worked for, while others were people I worked or volunteered with. Others were individuals that I admired from afar. I discovered certain skills, attributes, and characteristics these successful people shared, regardless of their chosen field. While there are many of them, I’ve distilled them down to what I believe are the top three. These are what I call Three Keys for Career Success. They will help shape you personally and professionally so that you’ll always project your best self—in essence, your personal brand. And they are easy to remember because they all start with the letter “C”:

Career development, similar to lifelong learning, is an ongoing, ever-evolving process. And guess what? Yup! There’s homework, too. Embracing and incorporating the Three Keys for Career Success should be an aspiration for anyone who wants to work their way to the top of their field. Master them and chances are you will achieve great results.

The first key is communication. By definition, communication is the art of expressing oneself in an articulate manner.

Now, I don’t necessarily care how well educated you are, if you can’t communicate effectively, in both the written word and the spoken word, you may be doomed! STEM students today have brilliant minds, but ask them to present their findings and many are sunk. Put two equally qualified engineering majors in an interview room together and the one who communicates more effectively with the interviewer is bound to get hired. You see, it’s your resume that gets you the interview, but it’s your communication skills during the interview that will ultimately land you the job.

I’m not suggesting that everyone has to become a skilled public speaker. Far from it. However, you need to be able to effectively express your ideas up and down the organization.

Confidence can be described as a belief in one’s ability to succeed.

Striking a healthy balance is the challenge. Too much confidence and you may come off as arrogant and stumble into unforeseen obstacles. But having too little confidence can prevent you from taking risks and seizing opportunities—in the classroom, at work, and in your social life.

Psychological studies support the notion that confidence matters just as much as ability when it comes to personal performance. Now, this is not to say that just because you exhibit confidence you’ll succeed in anything you attempt. That’s certainly not the case. But, given two equals in terms of knowledge, skills, and abilities, the person who exhibits more confidence is generally the one who is more likely to succeed.

Even if you don’t have all the answers—and honestly, nobody really does—remain confident in your ability to seek them out. That’s what sets apart those who endure until the end from those who quit in the middle, or, worse yet, those who quit before they even start.

The last key is character, and this is a big one: Character is the combination of mental and moral qualities distinctive to an individual. When it comes to career success, character counts, my friends! Perhaps more so than one might think.

A person who is considered to have good character exhibits a long list of positive personal attributes, including but not limited to the following:

How many of these attributes do you possess and to what extent? Which ones do you need to work on? Character is a major component of your personal brand. It’s how you operate. It’s how you respond to various situations. How you handle victory, and how you handle failure or setbacks.

There they are. Three Keys for Career Success: communication, confidence, and character. Become a student of them. Embrace them. Incorporate them into your life each and every day, and I’ll see you at the top!

Elmhurst University offers 17 master’s degrees and nine graduate certificate programs. Earn your credential in business, education, health care, or technology. Most of our programs are designed to be completed on a part-time schedule—ideal for busy professionals.

Fill in the form below to let us know you are interested! 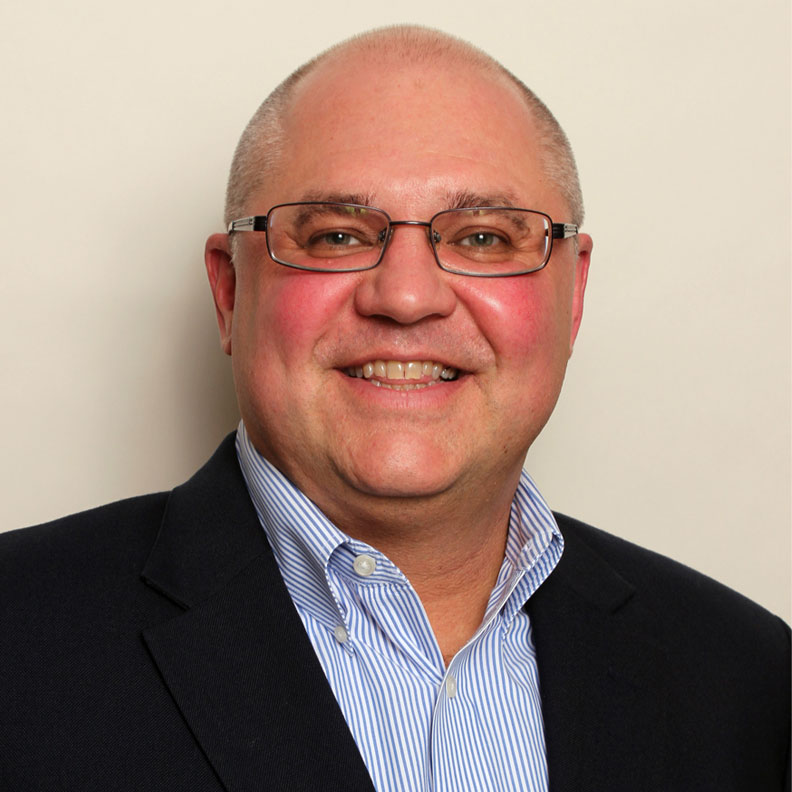 Grad School 101:
What to Consider Before Applying to Grad Schools 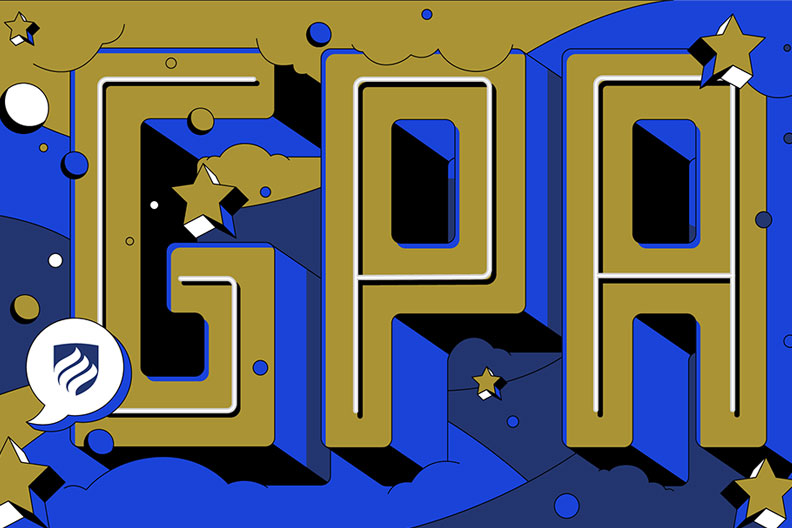 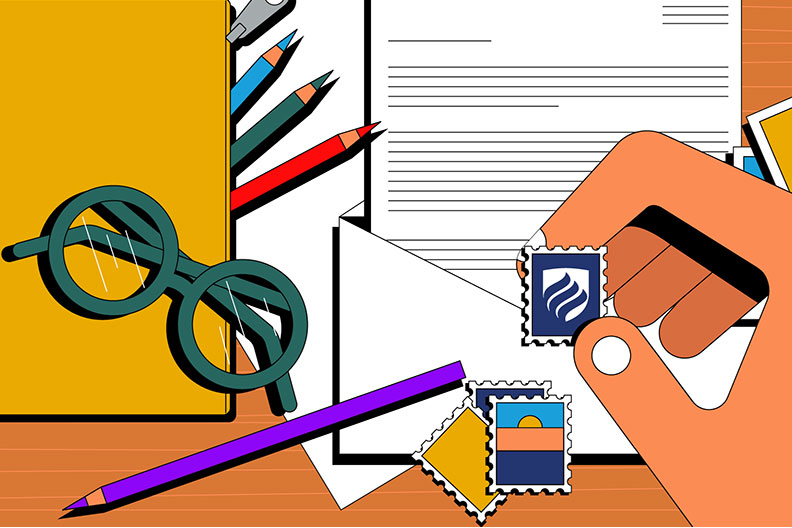 The Ultimate Guide to Grad School Letters of Recommendation

4 Reasons to Get a Master’s Degree 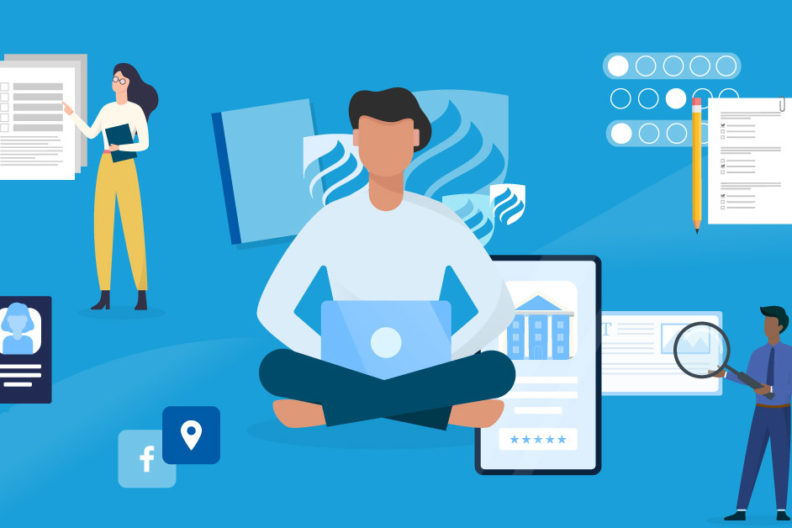 When to Apply for Grad School and Where to Start