A Passion for Research

For Mary Lotesto, a postbaccalaureate fellowship with the National Institutes of Health is a dream come true. 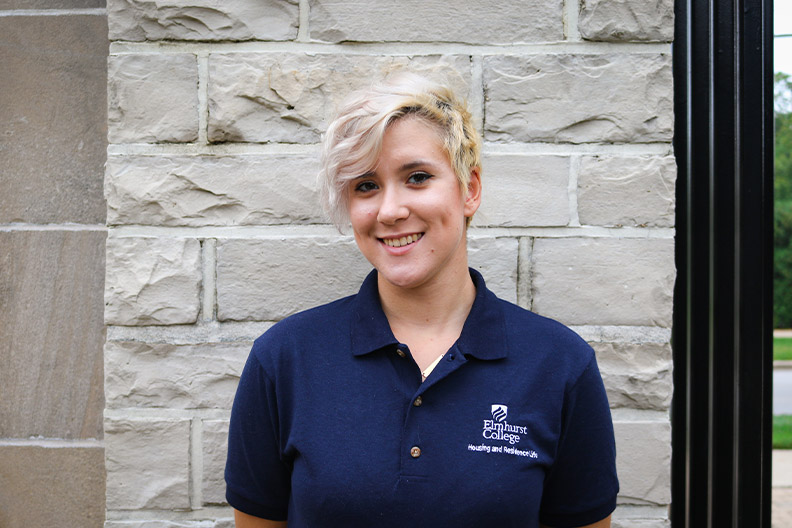 Mary Lotesto ’20 comes from a family of doctors and always assumed she too would pursue a medical career. She majored in biology, shadowed a physician and made plans to apply to medical school.

Then she got involved in biology research at Elmhurst, and a new world opened up.

As a first-year student, she participated in the University’s Keystone Program, which funds student research in math and science. Under the guidance of Professor Kyle Bennett, she designed her own experiments, examined bacteria and wrote up her results in a manuscript.

The Keystone project led to an opportunity to do cancer research with Professor Stacey Raimondi the following summer. “We analyzed cancer data and looked at trends in how the disease develops, what influences it and what genes are involved,” Lotesto says. “It was very interesting to me. I ended up falling in love with research.”

After that, Lotesto worked with Raimondi every semester until graduation, designing her own projects on cancer cells and studying everything from gene expression to estrogen receptors to the effect of an anti-seizure drug on cancer cells. Along the way, she was listed as coauthor on three research studies, two of which have been submitted for publication.

“Doing research with Dr. Raimondi was really a turning point for me,” Lotesto says. “I learned how to think independently and abstractly, and take what I knew and make new connections.”

Thanks in part to her research experience at Elmhurst, Lotesto won a prestigious postbaccalaureate fellowship with the National Institutes of Health. In July, she’ll head to Washington, D.C., where she’ll work full time on a research project involving the development of C. elegans, a type of worm.

“When I was interviewing with the principal investigators at the NIH, I explained the research I did at Elmhurst,” Lotesto said. “They were very impressed to hear that an undergraduate had that kind of independence in coming up with research ideas. I don’t know of any other institution where I would have had the opportunities I’ve had at Elmhurst.”

Lotesto plans to pursue a Ph.D. in cell biology once her NIH fellowship wraps up. “I always thought I’d be a doctor, but my professors could see my passion for research and said, ‘Why are you going to medical school?’” she said. “This year I had an ‘aha’ moment where I realized that if I was a doctor, I couldn’t work with cells. That’s where my heart is, so that’s what I’m going to do.”