Home » Blog » What’s the Difference Between a DNP Degree and a Medical Degree?

What’s the Difference Between a DNP Degree and a Medical Degree? 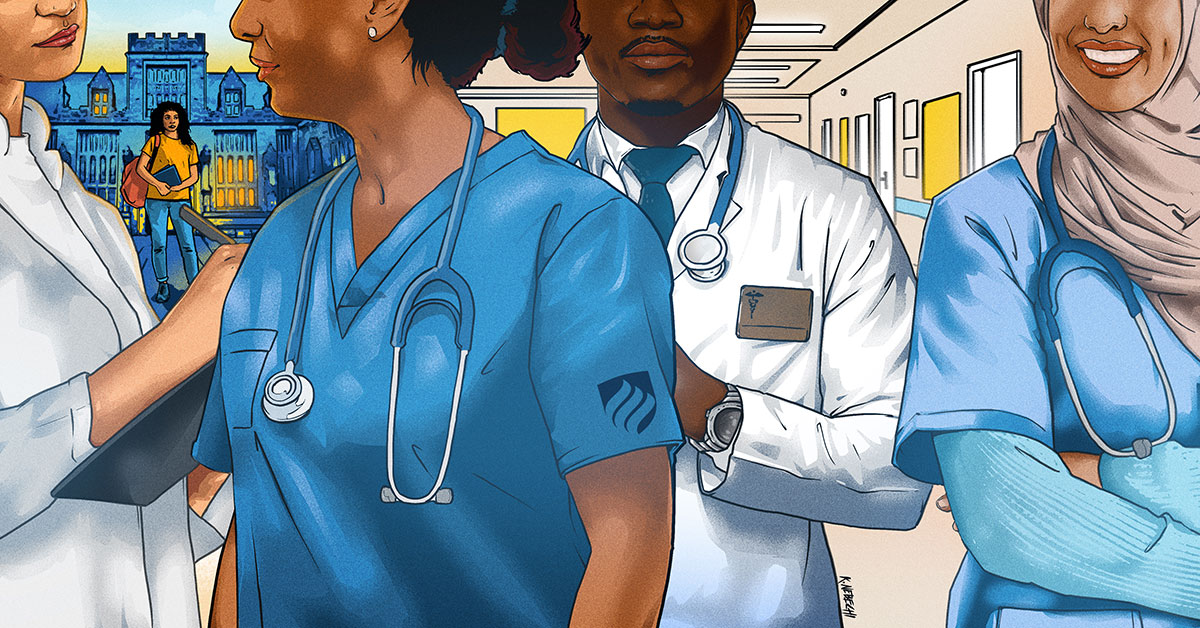 A doctor of nursing practice, or DNP, and a medical degree are both earned following rigorous coursework, and both lead to or accelerate careers in the health care field.

They are in demand and open the door to high-paying, rewarding jobs. And there can be some career overlap, with positions available in settings such as health care systems, academia and governmental agencies. Advance practice nurses and physicians can serve as college or school deans, chief medical or nursing officers, and directors of public health.

Most doctors major in one of the sciences when they earn their bachelor’s degree, though that’s not strictly necessary. Then, they go on to a four-year medical school, followed by a residency that can last three to four years. Many also complete a multi-year fellowship.

While in medical school, students work hands-on with practicing doctors, conduct research and choose a specialty. The curriculum is comprehensive, covering every medical category. Typically, students declare a specialty—such as psychiatry, obstetrics and gynecology, or radiology—sometime in their third year.

Medical school follows a disease-based model, finding ways to fix health disorders, but there is also a growing focus on preventive medicine.

There are more than 150 universities in the United States offering medical degree programs. Tuition varies widely but often runs well into the six figures, with private schools charging more than public ones.

There are multiple ways to get into a doctor of nursing practice program. The most traditional one is a bachelor’s of science in nursing, followed by a master’s degree in nursing and then a DNP. Some programs offer a direct route from BSN to DNP.

Post-master’s DNP programs typically last two years for full-time students, but many schools offer part-time options for nurses who want to continue working while in school. Part-time studies can often be completed within two to three years. Some DNP programs allow you to take classes online for added flexibility.

Just like with medical school, the tuition bill depends on the institution. But, on average, a doctor of nursing practice will cost half of what a medical degree does.

The curriculum takes a more holistic approach than medical school, covering the physical, mental, emotional, and spiritual well-being of patients.

The focus is on population health and disease prevention—but through a lens of patient empowerment and education. Courses cover both advanced nursing knowledge and leadership skills. Choices include concentrations such as executive or systems leadership and various nurse practitioner roles.

There are virtually no areas of health care that aren’t in dire need of workers right now, and that includes physicians and advanced practice nurses.

But nurses come out on top: The U.S. Bureau of Labor Statistics estimates job growth rate for doctors of 7% by 2028, with positions for advanced practice nurses increasing at four times that pace.

Learn More About the DNP Degree

Elmhurst University’s online Doctor of Nursing Practice (DNP) program prepares you to take your nursing practice to the next level and lead change in health care. Request more information about our program below. 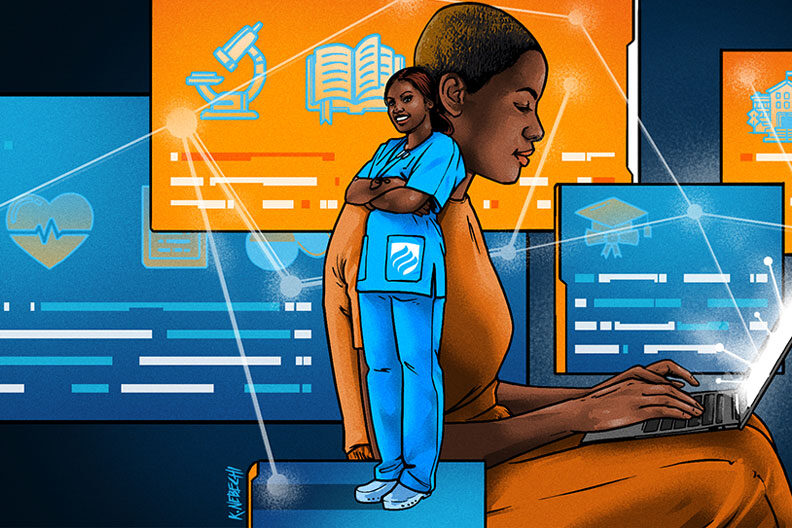 How to Make the Transition to Nursing Practice

Is a Dual MBA/MSN Worth It? 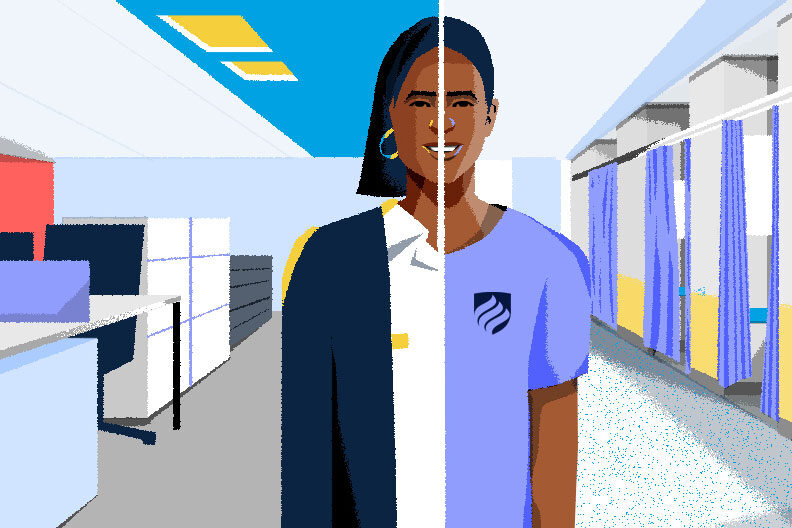 What Can a Nurse Do with an MBA? 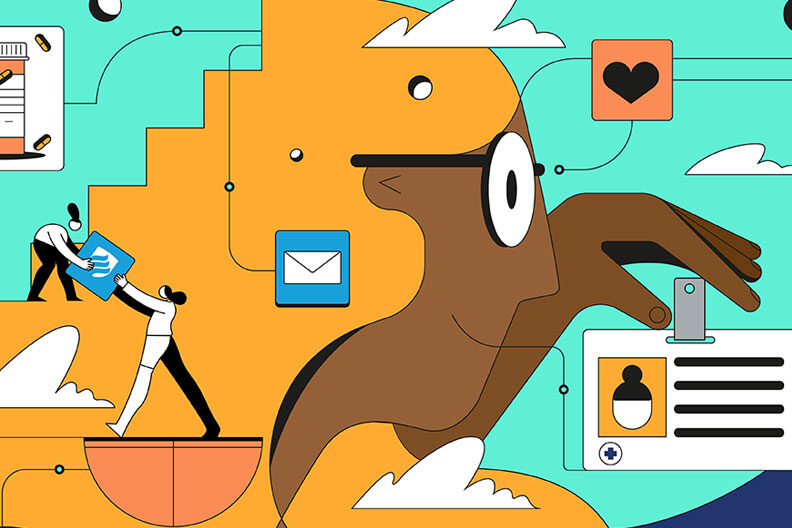 What Is a Nurse Administrator? 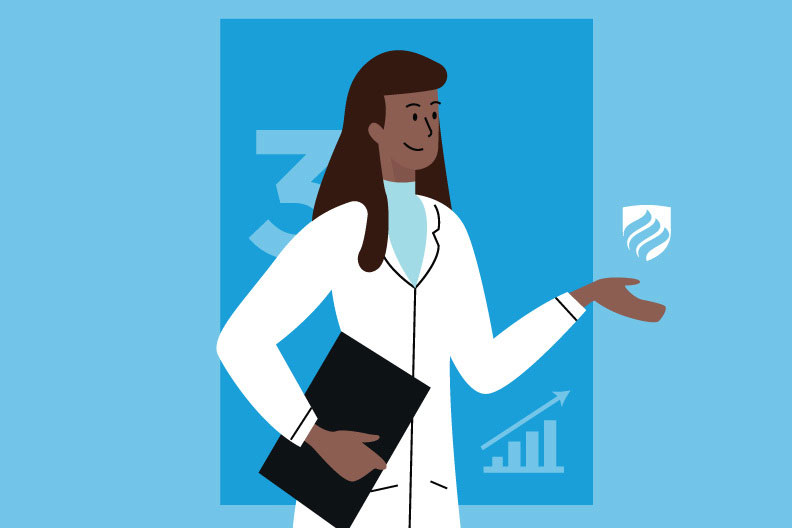