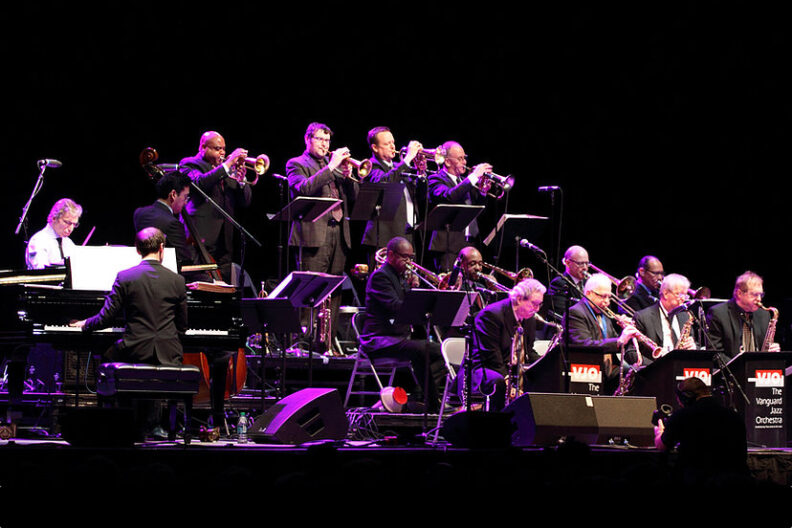 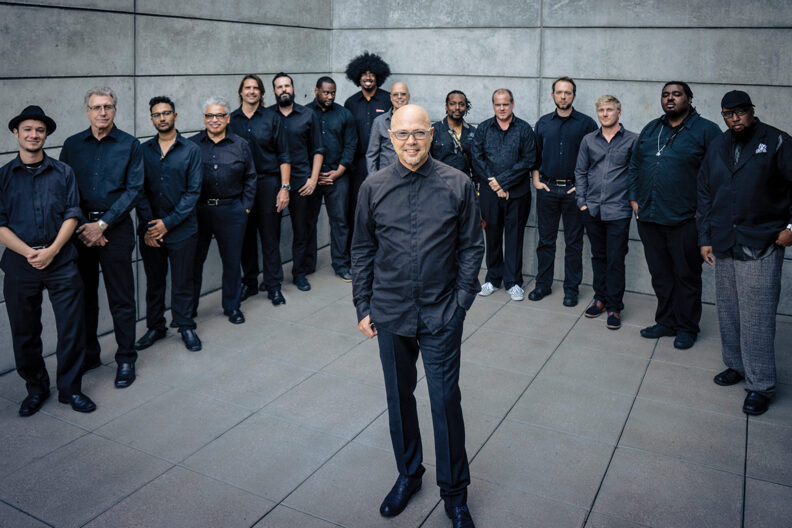 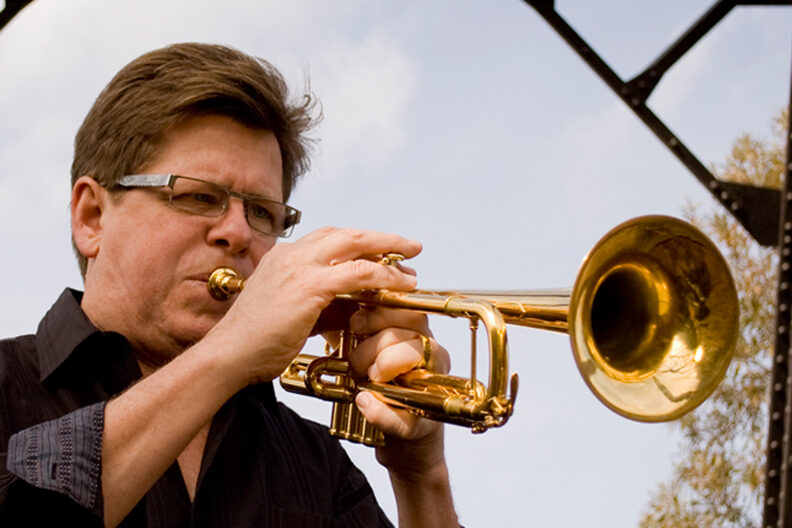 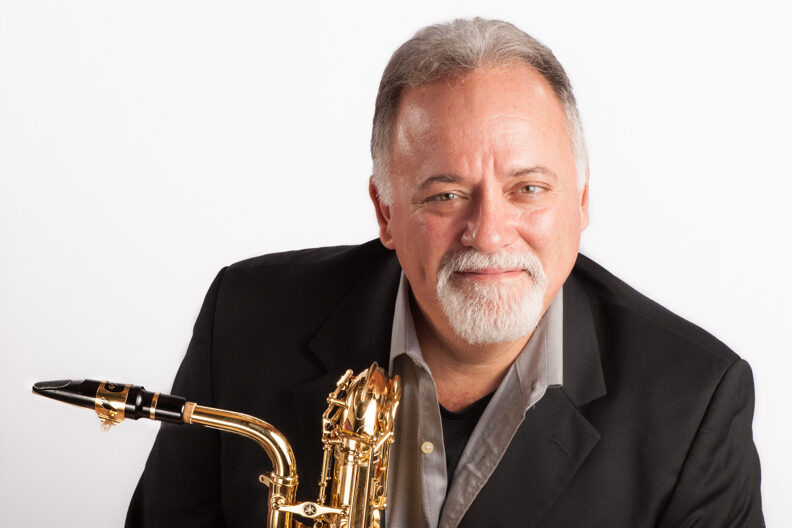 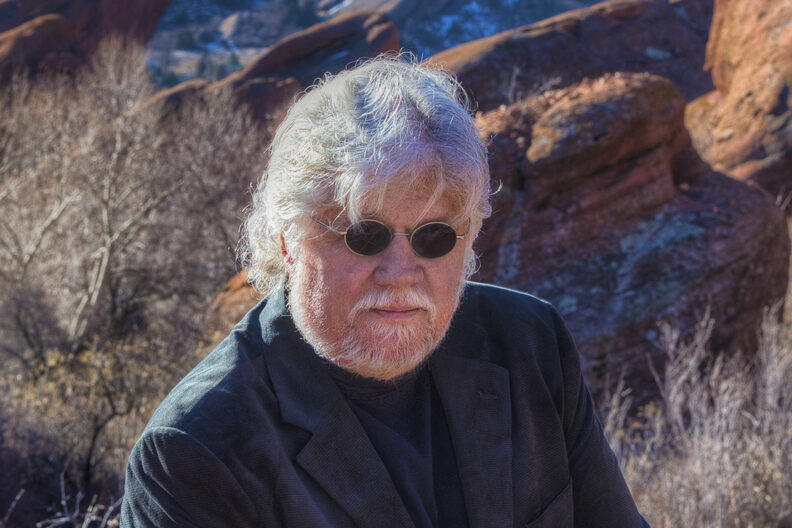 The Elmhurst University Jazz Festival returns for its 55th edition in 2022, both in our traditional in-person format and live-streamed online.

2021’s 54th Festival was the first and only in our history presented entirely online. We received an overwhelmingly positive response from our global audience, and so in 2022, we’ll blend the best of both worlds. We’ll return to Hammerschmidt Chapel in-person, we’ll stream online live from the Chapel, and we’ll incorporate last year’s format change: our guest artists/adjudicators will emerge from the shadows of the Chapel balcony and provide on-stage, on-mic, on-camera comments following each student ensemble’s performance!

The High School Invitational, made possible by the generous support of the Sylvia and William W. Gretsch Memorial Foundation, returns to its leadoff Festival slot on Wednesday. 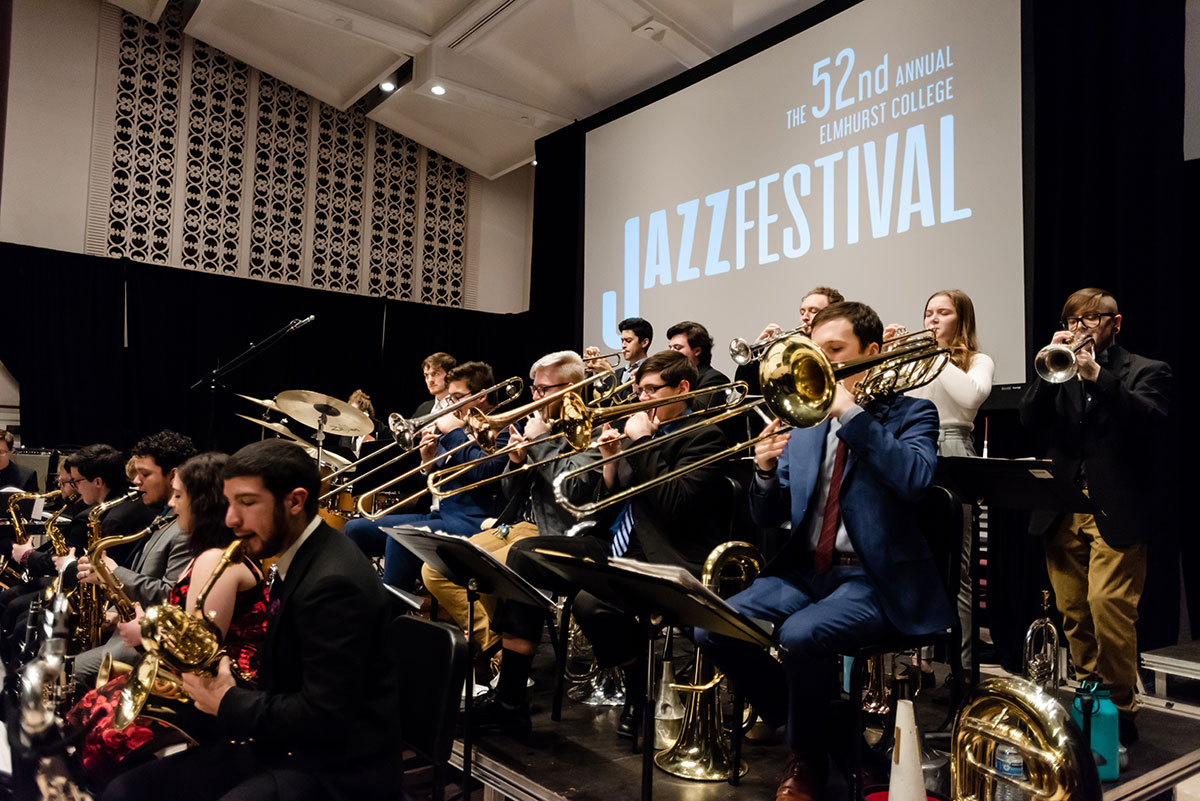 The current Elmhurst University Jazz Festival rose from the ashes of the now-defunct American College Jazz Festival. The original Festival, established in 1968, was comprised of eight regional sites throughout the United States. Elmhurst University (then Elmhurst College) hosted the Midwest event. Each regional festival produced a winning band, combo, and vocalist, who then performed at a national festival on Memorial Day weekend. American Airlines, Budweiser, and the Kennedy Center for the Performing Arts sponsored the annual extravaganza.

The national festival expired in 1973, but Elmhurst University continued its festival with a new approach. Instead of a winner-take-all format, the emphasis was shifted from competition to education. Guest artists offer constructive critiques of each performing group, conduct clinics, and demonstrate their skill in concert. The artists also grant awards to outstanding ensembles, individual musicians, and student composers and arrangers. 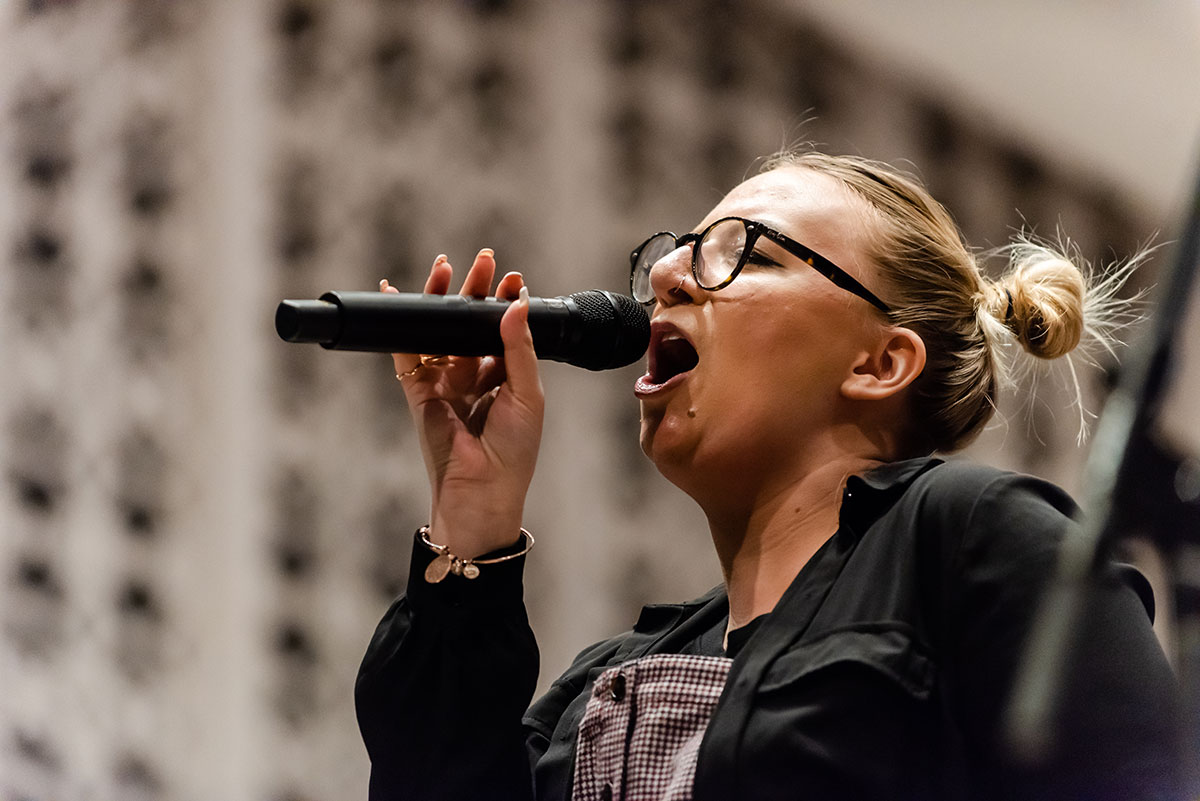 Since 1968, there have been countless memorable moments. Many of them have been the performances by the legendary artists who make the journey to our stage each year. But the student musicians who perform on the afternoon and evening sessions have created a great number of those moments of magic. They deliver heartfelt performances and give the audiences all they have and more. Many have gone on to careers in music and have made their mark in the art form. Professionals who performed here as students include Delfeayo Marsalis, Rich Perry, Cecil Bridgewater, John Harmon, John Fedchock, Peter Erskine, Tim Hagans and Dee Dee Bridgewater.

The Festival is above all else a forum for jazz education. It is a gathering where some of the world’s most acclaimed artists come together with the next generation of musicians to not only perform the music, but also to study it. The Festival is a place where students have access to some of the best musicians in the business and can ask them directly about their artistry.

In 2017 the Festival celebrated its 50th Anniversary, and we are able to look back on a history that clearly marks its status as an institution. While the 54th edition is presented in a virtual format, it keeps that tradition alive. It is a special happening: a rare blend of educational enrichment and exciting entertainment. Welcome to our celebration of America’s sublime art form.