Beating the Odds, One Diploma at a Time 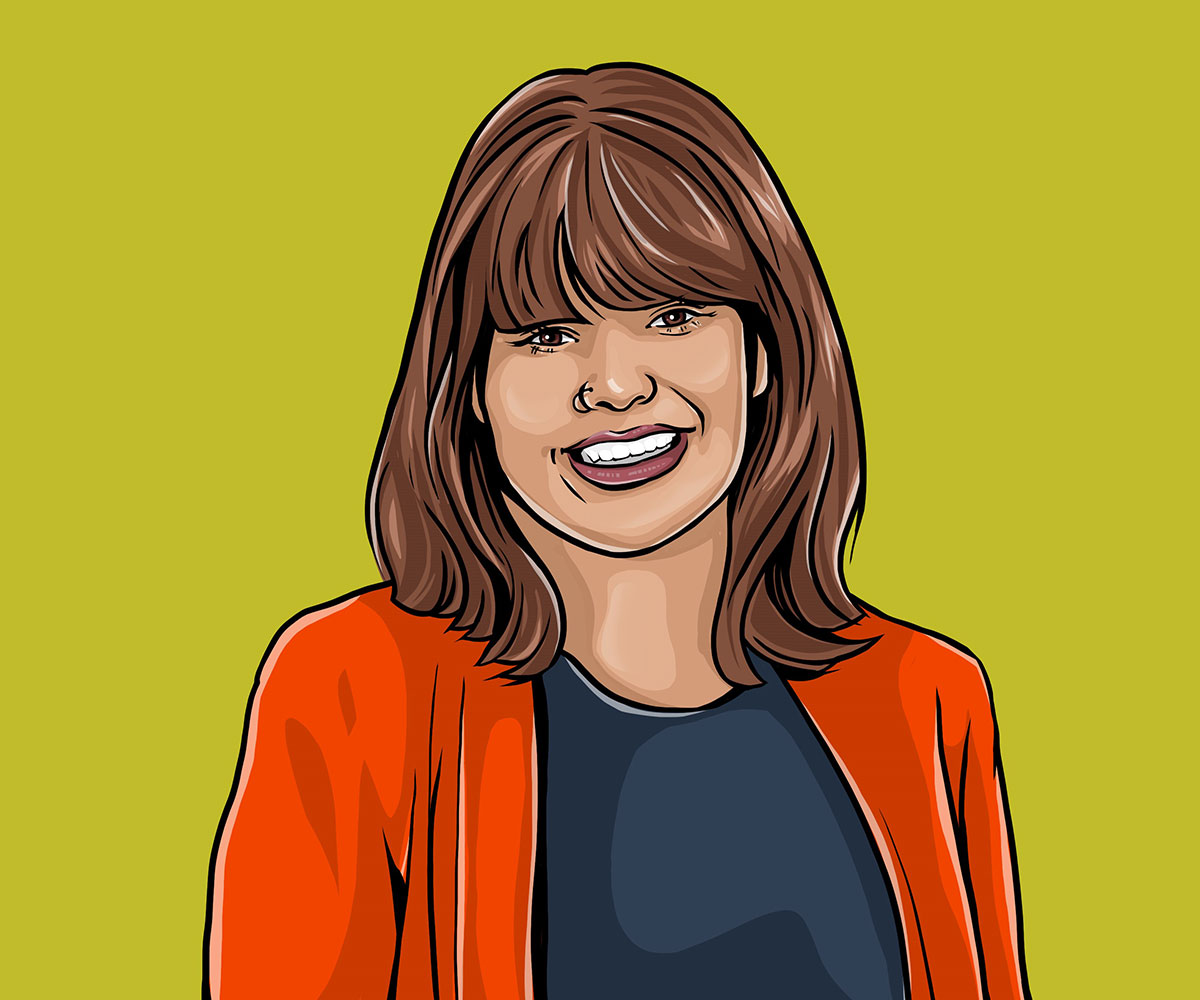 “Sometimes it’s just so surreal. I’m so grateful for the scholarship and for Elmhurst in general.” —Lily Rizo-DuBois ’22

As the adage goes, teaching is the profession that makes all other professions possible. And as Lily Rizo-DuBois ’22 knows, the best teachers’ influence lasts long after graduation.

Inspired by her own high school French teacher, Elmhurst’s inaugural American Dream Fellowship first-place winner came to campus with the goal of becoming a foreign-language educator herself.

Her heritage was a motivation as well. “My mom’s side is Mexican, and my dad’s side is French,” Rizo-DuBois says. “But growing up, I didn’t speak much of either [language].”

The Crystal Lake, Ill., native spoke “Spanglish” with her maternal grandfather, but she didn’t study it formally until high school. “I had the cultural background but not the language, really,” says Rizo-DuBois. She quickly excelled in Spanish class. “It was awesome.”

Rizo-DuBois never had a strong sense of her French roots, she says. Her parents divorced when she was young, and her paternal grandparents passed long ago. But as a teenager, she reconnected with her Aunt Renee—her father’s sister—who noticed her natural talent for language and suggested she study French, too.

“I discovered that I had a huge passion for French language and culture,” says Rizo-DuBois. “I really immersed myself in it.”

In record time, she leaped forward into AP French and became an assistant to her French teacher. “She wasn’t just my teacher, she was my mentor,” Rizo-DuBois says. “If I had anxiety, I’d talk to her. She was always there for me. High school is such a pivotal moment. I want to teach so I can be that person for somebody.”

Rizo-DuBois has a twin brother who is on the autism spectrum, as well as a 14-year-old sister. Her mom worked two retail jobs to make ends meet, so “I had to figure out a way to support myself financially at school,” she says. “I’m very independent, so that’s OK.”

At first, she planned on attending community college. But she was disappointed to learn her local campus offered only two years of French and Spanish. Then she found Elmhurst University.

“It was super coincidental,” says Rizo-DuBois. She was talking with her high school advisor, who happened to mention that Elmhurst Admission Counselor Geoff Torzewski was visiting that day.

“The moment Geoff started talking about Elmhurst, I totally fell in love with it. He showed me pictures and answered all my questions really well. I was just like, ‘Well, that’s it. This is my school,’” she says.

Torzewski encouraged her to enter the then-brand-new American Dream Fellowship competition. Entrants produce a three-minute video that answers the question, “As a first-generation college student, what would graduating from college mean to you and your family/friends?” First prize is a four-year, full-tuition scholarship to Elmhurst.

“I didn’t think I was going to win. I thought, ‘What are my chances?’” Rizo-DuBois says. “But my Aunt Renee was super supportive and encouraging. I just decided to, like, delve into it.”

With her aunt as videographer, she wrote and produced “Beating the Odds, One Diploma at a Time.” Her uncle helped her with editing. “It was a team effort,” says Rizo-DuBois.

The video tells her story from multiple viewpoints. She talks directly to the camera and includes interviews with her mom, grandfather and uncle. She also highlights statistics on college graduation rates from families like hers. “Children of single moms are 26 percent less likely to graduate,” she says in the video. “Only 15 percent of Hispanics graduate. I’m going to beat those odds.”

As the winner of a full ride to her dream school, Rizo-DuBois has been reveling in college life. “I really love it here,” she says. She is double-majoring in French and Spanish. She lives on campus and is involved in Hall Council. She also tutors fellow students and serves as vice president of La Table Française, a student club that celebrates all things French.

“Sometimes it’s just so surreal,” says Rizo-DuBois. “I’m so grateful for the scholarship and for Elmhurst in general. Everybody here—the staff, the teachers and my peers as well. Everyone is so supportive and accepting. It really feels like another home to me.”

She points to a strong network of support for first-generation students on campus. The Bluejay First program has helped her find a sense of community and resources on everything from résumé writing to filling out a FAFSA.

Rizo-DuBois lights up when describing her advanced courses. “I’m taking a French literature class. Before spring break we were reading short stories. Now we’re studying poetry from the Renaissance.”

Meanwhile, she’s learning the history of the Spanish-speaking world, entirely in Spanish. “We’ve studied the Spanish, Cuban and Mexican revolutions and how they shaped the culture of each country,” she says.

What does Rizo-DuBois love about each language? “Spanish is very nostalgic and heartwarming for me,” she says. “I associate that language with home, with my grandpa, who was my rock growing up. He took care of me and my siblings when my mom was working. I know that one day when he’s not here anymore, I will still have a piece of him with me that I can pass on to my children.”

She’s drawn to the phonetics of French: “I love how everything sounds. It’s just so pretty.” But she’s also fascinated with Francophone culture worldwide, from Quebec to Africa.

“There are a couple of students at Elmhurst who are from Africa, and I speak French with them. It’s so cool to have that connection. Our world is becoming so multicultural and diverse.”

It’s a world she’ll explore firsthand soon. Next year, she is set to study in Salamanca, Spain. Junior year, she plans to be in Paris for the entire Spring Term. After graduation, she hopes to move to France and possibly earn a master’s degree abroad.

For now, Rizo-DuBois’ task is making her family proud and gaining the skills she’ll need to share the gift of language with a new generation. She’s confident she’ll make it happen, bolstered by the strength of the Elmhurst community.

“I love how close everyone is,” she says, noting her strong bonds with friends and professors. “I’m so grateful for everything that Elmhurst has done for me.”