February 20, 2018 | by the Office of Marketing and Communications 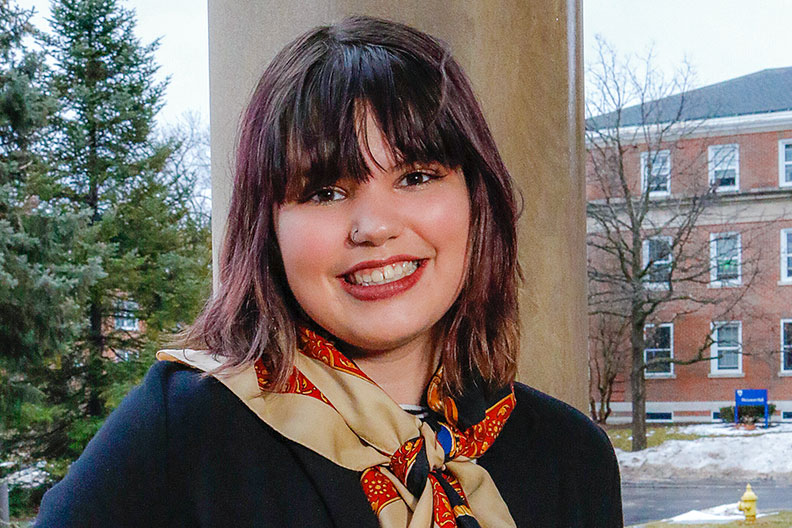 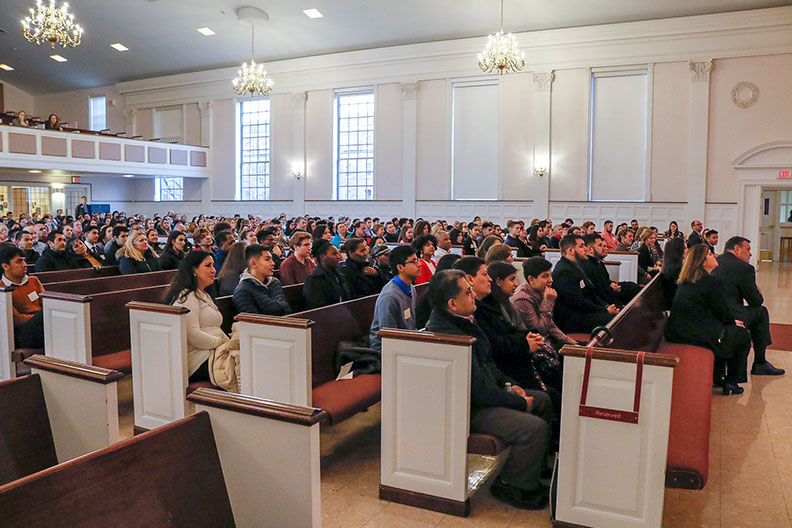 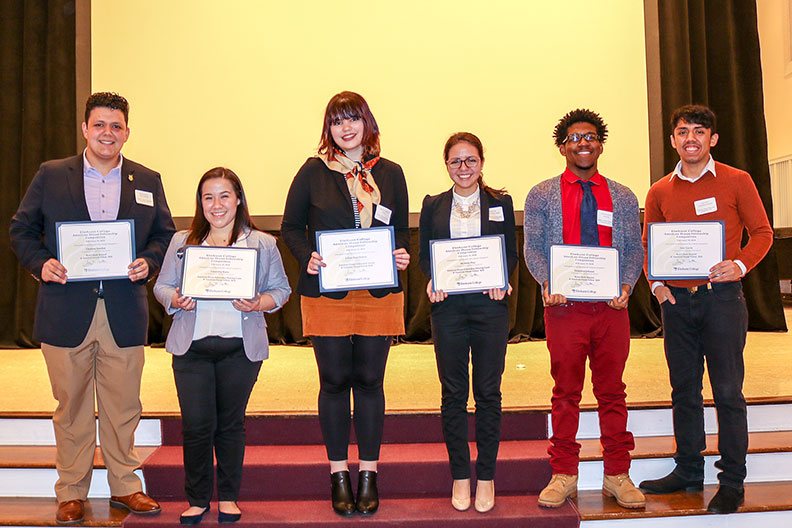 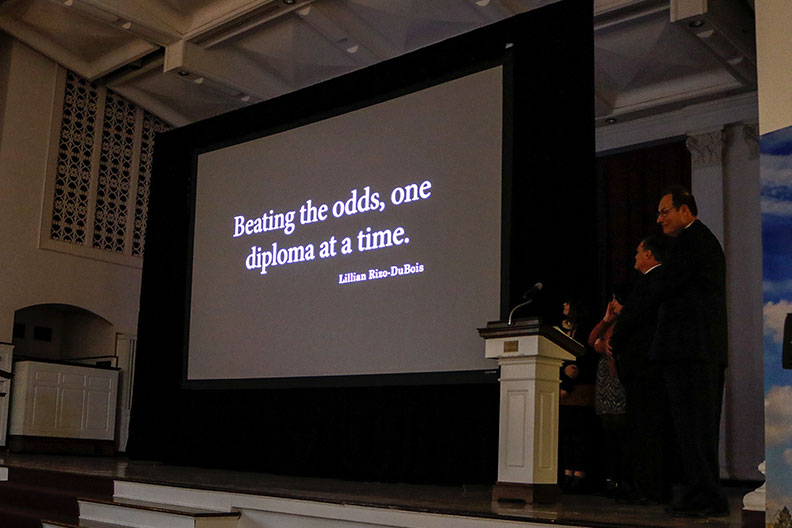 Lillian Rizo-Dubois’ winning video was played during the awards ceremony.

As a first-generation student, what would graduating from college mean to you and your family?

“It will inspire me to pursue my passion, to broaden my knowledge and prepare myself for the future.”

“By getting [a college education], she won’t be stuck. She’ll be able to teach French, which is something she’s very passionate about.”

“By going to college she’s going to get the information she needs to succeed in the world and inspire other people.”

With those words from a video she created, Lillian Rizo-Dubois, a Prairie Ridge High School senior from Crystal Lake, became the first-place winner of the inaugural Elmhurst College American Dream Fellowship Competition, a scholarship contest that celebrates first-generation college students.

Rizo-Dubois, who plans to major in French and return to her high school one day as a teacher, will receive a four-year, full-tuition scholarship to attend Elmhurst College. She was one of several winners of American Dream awards, which ranged from four years’ room and board to stipends that will cover the cost of books and other materials at Elmhurst.

The winners were announced on Monday, Feb. 19, during an awards ceremony in Hammerschmidt Memorial Chapel that was attended by most of the 155 students who entered the contest, along with several hundred mothers, fathers, siblings, aunts, uncles, grandparents and friends.

Here are the names and videos of the other winners:

All of the students who entered will receive a $1,000 annual American Dream Grant if they attend Elmhurst College.

Committed to helping its students achieve the American Dream, Elmhurst College launched the American Dream Fellowship Competition late last year. The contest was open to all first-generation college students who have been admitted to Elmhurst College for the fall of 2018. To enter, students were asked to submit a video to the College on the topic: “As a first-generation student, what would graduating from college mean to you and your family?”

The College received entries from around the Chicago area and across the country, with a few even coming from Florida and California.

For the next round of the competition, the contestants and their families came to campus on Monday for in-person interviews and to hear from current first-generation college students, campus leaders and alumni before attending the awards ceremony late in the afternoon.

Common themes throughout the day were about recognizing the particular pressures and challenges facing first-generation college students and finding ways to support them; and realizing that, for these students especially, going to college can have a significant impact on the entire family.

“Underrepresented students and first-generation college students tend to have a service-oriented view about their college degree. They will see it as a way to improve life not only for them, but for you, their families, and their communities,” said Alicia Foxx ’12, who earned a bachelor’s degree in biology at Elmhurst and now is pursuing a Ph.D. at Northwestern University. “This can be a great motivational tool. But this also represents a lot of pressure on them. The weight of generations is on their shoulders. So, uplift your students – you have so much to offer. Build a community behind them.”

During the awards ceremony, Elmhurst College President Troy D. VanAken, a first-generation college student himself, encouraged the students to “dig deep, work hard” and take pride in how going to college would not only transform their own lives but also shape the future of their community.

“When you’re a first-generation college student and drive onto campus, when you look in that rearview mirror you can see the grandparents, and see the sacrifices they made in their journey,” he said. “If you look out the front window, and look well into the future, you’ll see the next generation—your children and the people who come after you. They’re all going to benefit from your education.”