Called to Teach, Driven to Learn

Nina Thomas sees a world of possibilities in special education—and a way to serve her community. 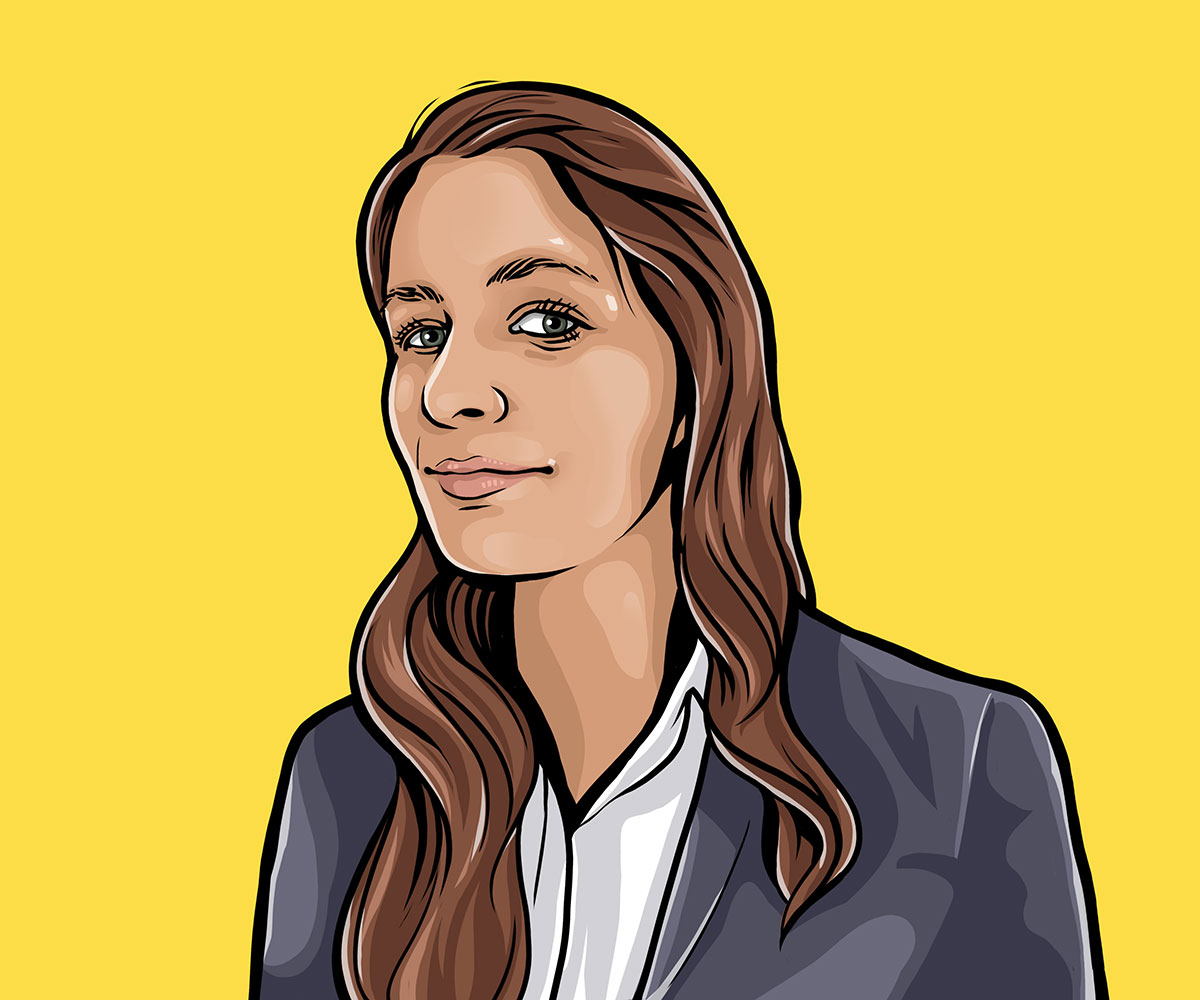 “I feel that education is the greatest service I can provide to whatever community I’m in.” —Nina Thomas ’19

Special education graduate Karenina “Nina” Thomas ’19 had already seen more of the world than many students her age. But at Elmhurst, her horizons broadened even further.

Nina was born in Brazil, where her Boston-born father and Norweigan mother met as missionaries. Homeschooled by her parents, Nina became fluent in both English and Portuguese.

Nina’s parents raised their six children with a focus on serving others. “It made me aware of global issues, including the importance of fundamentals like education,” she says. “That’s always going to be a part of me.”

Nina says she grew up with a “very black-and-white ideology about right and wrong in the world,” but the environment at Elmhurst University is very much about listening and open dialogue.

“There’s a lot of space for women and for people of different cultures, faiths and walks of life to be heard,” she says.

As a student at Elmhurst, she found a community that “recognizes where students come from, what their needs are, what their experiences have been, and draws on that—not only to raise awareness among those who might not understand their backgrounds but to come together and make things better for everyone. Elmhurst fosters that environment.”

Nina’s “first inkling” of her vocation came at age 14, when she and her family traveled to Norway to visit her mom’s relatives for the first time. She developed an immediate rapport with one of her younger cousins, Kristin, who has Down syndrome.

When Kristin’s school hosted a day for visitors, Nina was able to observe Kristin’s classroom and see how transformative special education can be. Since Nina had been homeschooled, it was a revelation.

“It was amazing to see that Kristin was integrated into her class among students who had a variety of abilities,” Nina says. “She’d been with the same classmates since kindergarten. Her teacher gave her the support she needed—and had high expectations of her.”

Nina knew she wanted to teach. After she earned her high school diploma, she spent two years teaching English to children in Brazil. That was another revelation.

At the school where she taught, there were no special education classes or teachers trained to serve students with special needs. It’s a challenge throughout the country, she says.

Meanwhile, students who were not disabled but were coping with dyslexia or Attention-Deficit/Hyperactivity Disorder and had specialized learning needs struggled with their schoolwork. “With support, they could flourish, but they aren’t receiving it.”

Nina realized that she didn’t know how to help her students “as much as they should be helped,” she says. “I had the nagging sensation that this can be done better.”

She asked herself: “How can I prepare myself to be the best teacher I can be?”

Nina realized she needed training in pedagogy. “I wanted to be ready for any student who walks into my classroom,” she says.

Attending a university in Brazil or Norway wasn’t an option since her fluency in both languages wasn’t at the college level. One of her brothers had emigrated to Chicago and encouraged her to consider a school in the area.

“It took me a few years to save enough money to travel,” Nina says. But within six months of arriving in the States, “things fell into place pretty quickly.”

She got a job in the admissions office at Harper College in Palatine. On her first day, her boss urged her to sign up for classes.

For the next three years, Nina studied education in Harper’s honors program. She took a course that focused on how to work with students with exceptionalities, and she observed special needs students at the Northwest Special Recreation Association. “I was like, this is where it’s at,” she says. “This is what I needed when I was teaching.”

Nina’s counselors at Harper recommended she apply for several honors scholarships that could enable her to earn a four-year degree. One of them offered two years of tuition at Elmhurst University.

After exploring her options, Nina found that Elmhurst was a great fit. “Special education isn’t offered at the undergraduate level at many institutions. And I [had] heard that the program here is highly regarded in the Chicago area.”

She won that scholarship and transferred to Elmhurst in 2017 as an Honors Program student.

“The curriculum was very rich and pertinent. It was what I was looking for and what I wanted to learn,” Nina says.

Nina thrived as one of the first special education majors to complete a degree in a cohort-based format. That close-knit community of faculty and peers was essential, she says, especially given that her area of study is “not for the faint of heart.”

“All the students are capable of accessing the core curriculum,” she says. “It’s not up to the students. It’s up to us. We are the ones who make it possible for them. It’s our responsibility and our privilege to do so.”

In that spirit, Nina applied to the highly competitive Fulbright U.S. Scholar Program. She was named a semifinalist for her proposal to work as an assistant teacher in Norway, where she first experienced the potential of an integrated classroom.

Though she wasn’t named a finalist, the process was enlightening, she says. Telling her story helped her refine her goals.

Nina is optimistic about what’s next. Right now, she’s applying for positions at local schools and looks forward to volunteering at her church. She was a member of the women’s chorus at Elmhurst, and she’s hoping to find a new vocal ensemble to sing with. “Music feeds my soul,” she says.

As she looks to the future, she reflects on her journey and how Elmhurst provided the opportunity to live her deepest values.

“As missionaries, my parents were focused on the faith aspect of serving their community,” Nina says. “I’ve come to understand that education is relevant wherever you go, whatever a person faces, no matter their culture or socioeconomic status.

“With my talents and my perspective on the world, I feel that education is the greatest service I can provide to whatever community I’m in. Service is something that’s valued by the University community as well.”