September 10, 2019 | by the Office of Marketing and Communications 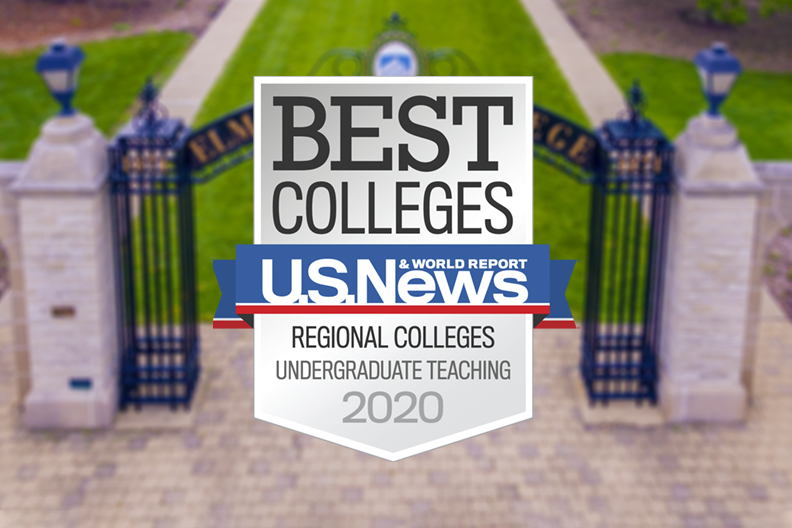 According to the 2020 U.S. News rankings, released on Monday, Sept. 9, Elmhurst rose to No. 6 in the Midwest—five places over last year—in the category of Undergraduate Teaching; and appeared for the first time, at No. 13, in the category of Most Innovative Schools.

Elmhurst also made the rankings in a new U.S. News category—Top Performers for Social Mobility, which lists the colleges and universities that have been the most successful at advancing social mobility by enrolling and graduating large proportions of economically disadvantaged students who received federal Pell Grants.

The rankings come as Elmhurst College prepares to officially change its name to Elmhurst University next year, in part to more accurately reflect Elmhurst’s growth and stature as a comprehensive institution that offers both undergraduate and graduate programs.

In addition to U.S. News, recent reports by organizations such as Money, Forbes and Colleges of Distinction continue to view Elmhurst as one of the best colleges or universities in the Midwest for academic excellence, educational value, post-graduation success and a variety of other factors.