Elmhurst at 150: Celebration, Reflection and Renewal

This year’s theme, Elmhurst at 150: Celebration, Reflection and Renewal, is inspired by Elmhurst University’s yearlong celebration of its sesquicentennial anniversary. We hope you’ll join us for one or all of our events this spring.

All of our cultural events are open to the public. Tickets are available for purchase here, and when demand permits, are also available at the door. For lectures and most other events, admission is free for Elmhurst University students, faculty, staff and alumni.

The World as God’s Home: Religion and Politics in the Visions of John of Patmos

Miroslav Volf has been hailed as one of the most celebrated and respected theologians of our day. He is the Henry B. Wright Professor of Systematic Theology at Yale University Divinity School, and founding director of the Yale Center for Faith & Culture. Christianity Today named his book Exclusion and Embrace (1996) one of the 100 most important religious books of the 20th century.

Part of the Religious Literacy Project at Elmhurst University 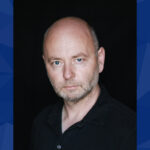 Holocaust XR: How New Media is Enabling Memory and Education

Stephen D. Smith is the executive director of the USC Shoah Foundation, whose mission is to develop empathy, understanding and respect through testimony. The UNESCO Chair on Genocide Education, Smith also founded the UK Holocaust Centre in Nottinghamshire, England, and has served as a producer on a number of film and new media projects, including Dimensions in Testimony, and the VR project The Last Goodbye. 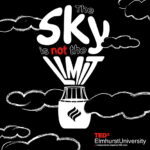 The Sky is Not the Limit

Elmhurst University is pleased to introduce TEDxElmhurstUniversity—diverse talks from our campus community and beyond, licensed by the nonprofit TED organization. This year’s theme, “The Sky is Not the Limit,” aims to educate and enlighten participants with new ideas and perspectives. Launched in 2009, TEDx is a program of independently organized events that bring the community together in the spirit of TED’s overall mission, to research and discover “ideas worth spreading.” 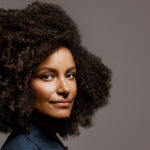 CANCELED: Writing ‘Such a Fun Age’

The April 7, 2022, lecture “Writing Such a Fun Age” with author Kiley Reid has been canceled due to unforeseen circumstances. We apologize for any inconvenience, and will issue refunds to anyone who has purchased a ticket. 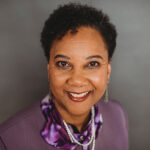 Race, Gender and Nation, and the Politics of Belonging

The Rev. Vanessa Lovelace, Ph.D., is associate dean and associate professor of Old Testament/Hebrew Bible at Lancaster Theological Seminary in Lancaster, Pa. She also is co-editor of Womanist Interpretations of the Bible: Expanding the Discourse, and has published articles in many edited volumes, including The Hebrew Bible: Feminist and Intersectional Perspectives, Women and the Society of Biblical Literature, and The Oxford Encyclopedia of Bible and Gender Studies. 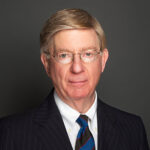 George Will is a political commentator, a prolific author and a Pulitzer Prize-winning columnist whose work appears in newspapers across 47 states and four countries. The author of numerous books on politics, political theory and baseball, his most recent is American Happiness and Discontents: The Unruly Torrent, 2008-2020.

A Documentary Screening and Q&A

Is rehabilitation a right? Stateville Calling is an Emmy-nominated documentary exploring parole reform and the struggle of aging inmates in Illinois. A screening of the documentary will be followed by a panel discussion with Renaldo Hudson, who is featured in the film, and a team of formerly incarcerated people working to transform Illinois’ criminal legal system. Presented by the Elmhurst Public Library; Elmhurst University and Assistant Professor Andrea Krieg; and the Illinois Prison Project.

How will we remember the Holocaust when we have no more survivors, liberators or witnesses left to tell their stories? How is technology helping us learn and remember history? From interactive video testimonies to 3D holographs and virtual reality simulations, this session will discuss the exciting potential – and ethical cautions – of utilizing technology to keep the past alive.

The guilt Walter Laub carried as a Holocaust survivor and WWII veteran was emotionally scarring, which he then passed down to his son, David Laub, who will share his father’s tale and how survivor guilt has become a multi-generational story.

In the summer of 1969, a six-day clash between police and LGBTQ+ civilians ignited, sparking the rise of the gay liberation movement and fundamentally changing popular discourse surrounding LGBTQ+ activism in the United States. The Stonewall Uprising was the culmination of years of LGBTQ+ activism, led by pioneering Upstanders that shifted the movement nationwide from thousands to millions – each fighting for fundamental human rights.

Join Mark Segal as he recalls his experience as a participant in the Stonewall riots and reflects on the role of media in shaping history.

Join Bruce King as he reflects on his life’s paths and where he is heading—all through the lenses of his discerned “callings,” his moral compass, and his spirit to “do good” in our world.

KEYNOTE ADDRESS—”How the Word is Passed: A Conversation with Clint Smith”

Clint Smith is a staff writer at The Atlantic. He is the author of the narrative nonfiction book, How the Word Is Passed: A Reckoning With the History of Slavery Across America, which was a #1 New York Times Bestseller, and the poetry collection Counting Descent, which won the 2017 Literary Award for Best Poetry Book from the Black Caucus of the American Library Association and was a finalist for an NAACP Image Award. 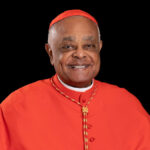 Wilton Cardinal Gregory is the seventh archbishop of Washington, D.C., and the first African American to be appointed a cardinal in the Catholic Church. Born in Chicago and ordained a priest in 1973, Gregory spent much of his early career in Chicago and its suburbs. Cardinal Gregory also has served three times as the head of the U.S. Conference of Bishops, and is chancellor of The Catholic University of America.

The Joseph Cardinal Bernardin Lecture (Remote)
Tuesday, Feb. 22, 7:00 p.m.
Admission is free to this event, which will be held remotely, but reservations are required. An access link will be provided closer to the event date. 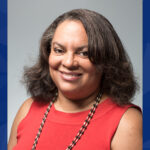 Black Suffragists and the Fight for Inclusion

Michelle Duster is an author, professor, public historian, and champion of racial and gender equity. The great-granddaughter of journalist and activist Ida B. Wells, Duster has initiated numerous local, state and national initiatives to honor Wells and other African American female historical figures. Her most recent book, Ida B. the Queen: The Extraordinary Life and Legacy of Ida B. Wells, was released in January of 2021. 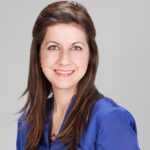 The Origins and Significance of Jewish Universalism

Malka Simkovich is the Crown-Ryan Chair of Jewish Studies and director of Catholic-Jewish Studies at Catholic Theological Union. The author of The Making of Jewish Universalism: From Exile to Alexandria (2016), Simkovich is involved in numerous interreligious dialogue projects to increase understanding and friendship between Christians and Jews. 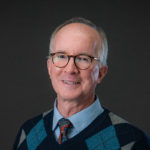 Learn about the significant people who led, developed and graduated from Elmhurst University during its 150-year history in this online lecture. Led by the University’s Joan and Lester Brune Chair of History, Robert Butler.

The Elmhurst History Museum celebrates Elmhurst University’s 150-year journey in a new exhibit, a lecture and more. Visit elmhursthistory.org for the full schedule.

An Ever-Widening Circle: Elmhurst University at 150

Explore Elmhurst University’s 150-year journey through this sesquicentennial anniversary exhibit featuring rare photographs, artifacts, video, interviews and more. Trace the many ways the school has grown and changed, from its early beginnings as a German theological proseminary to today’s modern university.

The Elmhurst History Museum celebrates Elmhurst University’s 150-year journey in a new exhibit, a lecture and more. Visit elmhursthistory.org for the full schedule. 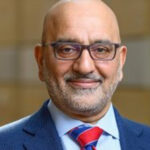 Ebrahim Moosa is the Mirza Family Professor of Islamic Thought and Muslim Societies in the Keough School of Global Affairs and the Department of History at the University of Notre Dame. He co-directs Contending Modernities, the global research and education initiative examining the interaction among Catholic, Muslim and other religious and secular forces in the world. 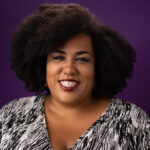 Living Our Values: How to Authentically Embrace Diversity, Equity and Inclusion as Individuals, Institutions, and A Community

Jacqueline Boyd brings passion and expertise to the field of aging and LGBTQ+ advocacy. A speaker, facilitator and entrepreneur, Boyd is the owner of The Care Plan, the country’s first care management company centered around the perspective and needs of LGBTQ+ older adults. 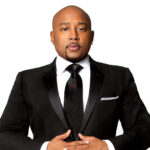 Long committed to promoting innovation and entrepreneurship, Daymond John is an original co-star of the popular “Shark Tank” TV series, and founder and CEO of the FUBU lifestyle brand. Named a Presidential Ambassador of Global Entrepreneurship in 2015, John was part of an exclusive group that joined President Barack Obama at the Global Entrepreneur Summit in Kenya. His talk at Elmhurst University launches its sesquicentennial-year Homecoming festivities. 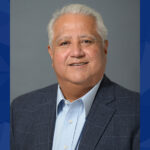 Lessons Learned From My Father

As a boy in the early 1960s, Paul Chavez joined his family on weekends in California’s Central Valley farm towns, handing out leaflets and helping his father, Cesar Chavez, build the union that would become the United Farm Workers. Paul Chavez spent his entire life with the farm worker movement, and since 1991 has led the Cesar Chavez Foundation.

To commemorate the 20th anniversary of the Sept. 11, 2001, terrorist attacks, Elmhurst University will host “I Was on Campus on 9/11,” a time for reflection and discussion led by alumni and the Office of the Chaplain. The event will be presented in person and via videoconference on Thursday, Sept. 9, 2021.