July 31, 2020 | by the Office of Marketing and Communications 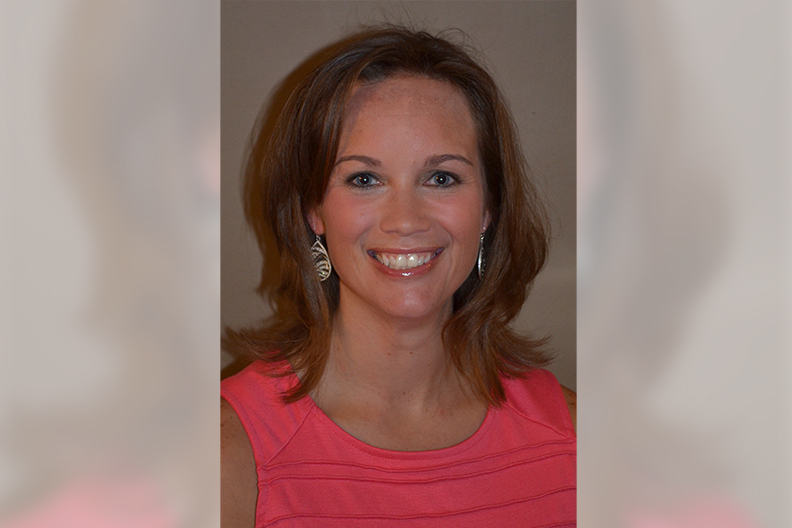 Like others all over the world, teacher Heather McCarthy quickly had to adapt to working online when the COVID-19 pandemic struck. For the 7th-grade language arts teacher at Oak Lawn Hometown Middle School, video conferencing became routine.

That is, until June 18. McCarthy had been nominated for the National University System-Sanford Teacher Award, given to the most inspirational teacher in every state. She had dialed in to a virtual meeting that day expecting an update on the selection process. Instead, McCarthy learned she was the Illinois recipient of the prestigious award.

“I was completely shocked, to say the least,” says McCarthy, who graduated in 2002 from Elmhurst with a bachelor’s degree in elementary education. “If only all our online meetings could be that exciting!”

Connecting virtually is nothing new for McCarthy. During the state’s stay-at-home order, she read books online with students, staff and community members using a social learning platform called Flipgrid.

Neither is her commitment to keeping her students engaged. She turned her car into a bookmobile to fulfill students’ requests for hard copies of books. And she inspired them by incorporating current themes into her lessons.

“Before school was closed due to COVID-19, many of my students were reading the novel Ghost Boys by Jewell Parker Rhodes,” McCarthy says. “It tells the story of a 12-year-old named Jerome who was shot by a police officer who mistakes his toy gun for a real threat. Students were learning about systemic racism, the story of Emmett Till, and how to be an activist.

After George Floyd was killed, she says, “students wanted copies of the book to learn more about the Black Lives Matter movement and to share the story with their families.” So she loaded the books, along with many other requested novels, into her car and started delivering them.

McCarthy says Elmhurst University was instrumental in shaping the social justice aspects of her teaching philosophy.

“Elmhurst taught me about being an activist, giving back to my community and making global contributions,” McCarthy said. “I was taught to be a responsible citizen, to respect the dignity of every individual and embrace diversity. I was empowered to be socially responsible and advocate for social justice on all levels.”

As a state-level winner of the National University System-Sanford Teacher Award, McCarthy was awarded a $10,000 prize and is eligible for a $50,000 grand prize that has yet to be announced. She lives in Oak Lawn with her husband, Robert, and children Maya, 10, and Christian, 7.