Home » News » Climate Researcher to Discuss the Weather of the Future

Climate Researcher to Discuss the Weather of the Future

February 23, 2012 | by the Office of Marketing and Communications 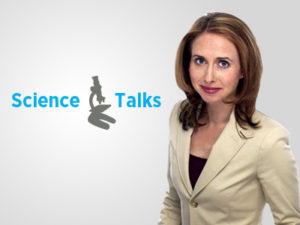 Chicago is experiencing its warmest winter in 80 years, but Eastern Europe has been suffering through brutal cold that has led to the deaths of more than 600 people so far.

Extreme weather hasn’t been limited to winter, as last year’s tornado season in the U.S.—the deadliest in 50 years—and last spring’s tsunami in Japan have shown. But are these outliers, or part of our new weather normal?

Veteran climatologist Heidi Cullen will discuss global weather trends and climate change, as well as how weather shapes economies and public policy, when she talks about The Weather of the Future on Thursday, March 1.

Cullen is a senior research scientist at Climate Central, a nonprofit journalism and research organization that reports on climate change. She also is the author of The Weather of the Future: Heat Waves, Extreme Storms and Other Scenes From a Climate-Changed Planet (2010, HarperCollins).

A New York Times review says her book offers “a scorching vision of what life might be like in the warmer world that is already on its way.”

In a recent interview on the Chicago Public Radio program Worldview, Cullen noted that technology has put countries in a far better position than ever before to anticipate and prepare for potentially catastrophic weather by improving infrastructure systems and taking other preventive measures.

“As weather forecasting gets better and better, it’s incredibly important for us to take the long view and look at how our whole climate system will change as we move decades out into the future,” she said. “The longer out we can look and prepare, the safer we’ll be.”

Before joining Climate Central, Cullen was The Weather Channel’s first on-air climate expert and helped to create Forecast Earth, a weekly television series focused on issues related to climate change and the environment. Cullen also has worked as a research scientist at the National Center for Atmospheric Research in Boulder, Colo.

The Weather of the Future is part of the Roland Quest Lecture Series. Cullen’s talk begins at 7:00 p.m. in the Founders Lounge of the Frick Center. The lecture is free and open to the public. A book signing will follow the lecture. For more information, call 630-617-3390.