Home » News » College to Screen ‘The Human Experiment’ on March 6

College to Screen ‘The Human Experiment’ on March 6

February 17, 2016 | by the Office of Marketing and Communications 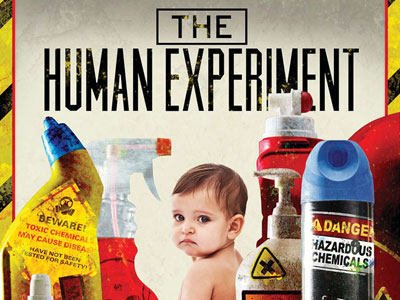 On Sunday, March 6, the Elmhurst Cool Cities Coalition and Elmhurst College will present a screening of the feature-length documentary The Human Experiment as part of the One Earth Film Festival.

The Human Experiment examines the many untested chemicals that can be found in our everyday products, our homes and inside of us. From Oscar winner Sean Penn and Emmy-winning journalists Dana Nachman and Don Hardy, The Human Experiment tells the personal stories of people who believe their lives have been affected by chemicals, and goes to the front lines of the battle between activists and the powerful chemical industry.

The screening begins at 1:00 p.m. on Sunday, March 6, in Illinois Hall in the Schaible Science Center. A short  discussion will follow the film. Admission is free but a $5 donation, which supports the One Earth Film Festival, is recommended. Tickets are available online.

Information about various sustainability issues will be available after the event. Sponsors of the event include AFM Safecoat/E.L. Foust Co., Inc.; J.C. Licht; Republic Waste; and the Elmhurst Public Library. This is the second consecutive year that Elmhurst Cool Cities and Elmhurst College have partnered to showcase a film for the One Earth Film Festival. For more information on the screening or sponsorship opportunities, contact Elmhurst Cool Cities at ecoolcities@gmail.com or call (630) 426-9789.

The Human Experiment is one of 35 films that will be shown throughout the Chicago area from March 4 to March 6 during the 2016 One Earth Film Festival, which uses compelling films and programming on environmental topics to bring about an understanding of climate change, sustainability and the power of people.

One Earth Film Festival audiences have grown from 500 in its 2012 inaugural year to 2,500 in 2015, drawing from more than 88 ZIP codes across five states. For a full schedule of Film Festival movies and events, visit the Film Festival’s web page.