July 29, 2021 | by the Office of Marketing and Communications 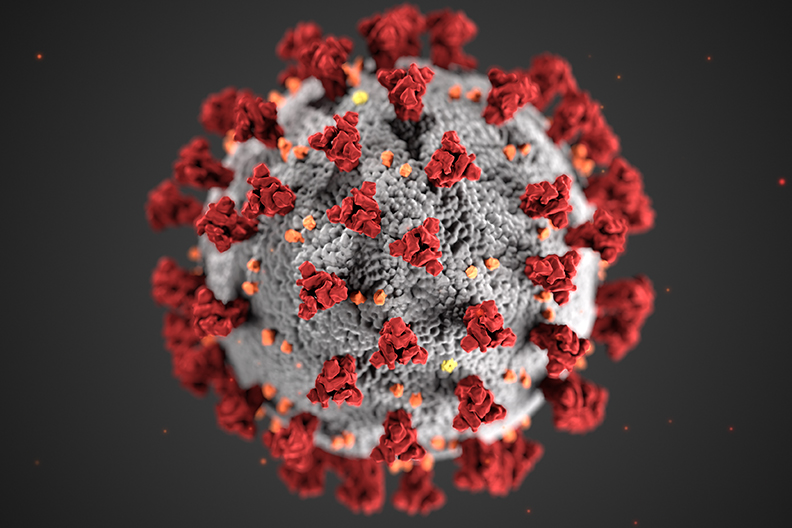 Elmhurst University Professor of Biology Stacey Raimondi serves as one of the University’s COVID-19 vaccine ambassadors. She recently answered some frequently asked questions about the vaccine—what’s in it (and what’s not), how it works, and why it’s so important to get.

In developing the COVID vaccines, was the process rushed and were corners cut? Is that why they’re not fully approved yet by the FDA?

I know that everyone thinks that these vaccines were rushed, but they really weren’t.

First, the technology that led to the development of the vaccines isn’t new. Scientists have been doing research on RNA molecules (with the potential for it to be used in a vaccine) for 30 years. The techniques are very common in the science world—Elmhurst students have done this kind of work as a part of their classes for years.

The part of the process that went faster was in the beginning, when significant time was saved in getting the virus genetically sequenced and then sharing the information with researchers. It used to take four years to sequence a gene and now we can do it in three hours. Then, thanks to cloud computing, the sequence could be uploaded to a database and shared across the world in seconds. More scientists had access and could work on the problem at the same time, and find the answer faster.

Once the vaccine trials began, not one step was skipped—all of the phases occurred as they normally would. In March 2020, the first phase of trials in humans began. This is where they figure out the correct dosage and if it even works—lots of potential COVID vaccine clinical trials ended at this point because they didn’t have good results.

In Phase II and Phase III, you add more participants and wait for the results, ensuring that it’s still working in your participants with no major side effects. Phase 3 began in July for Pfizer and “finished” in October/November. The Pfizer and Moderna trials each had more than 30,000 participants—some of the largest clinical trials that have ever occurred (a typical clinical trial will have between 300 and 3,000 patients, total).

The only thing that was “rushed” was when the EUA (Emergency Use Authorization) from the FDA required only two months of follow-up on all 30,000 patients, rather than the normal six months for full FDA approval, and that was because we were in a pandemic situation. But the reason that two months was chosen is because we know from past history that more than 90% of any long-term side effects will be discovered within 30 days of vaccination. So by waiting two months we were making sure that we’d catch virtually all long-term effects.

Since the Phase 3 trials started in July, the reality is that by the time it became available for people to start getting it (in December, and that was only health care workers), we already had five months of data.  Now we have over a year of data. Because of that, both Pfizer and Moderna have submitted their paperwork for full FDA approval and it’s assumed that will be granted in the near future.

It’s now been over a year since the Phase 3 trials began, with more than 184 million people in the U.S. alone vaccinated with at least one dose. If we were going to see something negative happening to people, we would have seen it by now.

Isn’t "natural" immunity better than immunity from a vaccine? If I’ve already had COVID, why should I get the vaccine?

This actually has been completely disproved by the research. What they’ve seen is that the only people who’ve had COVID and then get really good antibody levels from it are people who had a severe case of COVID. People who had mild cases do not tend to get good strong antibody levels afterward. So they are more likely to get reinfected. But then if you had a severe case you might have serious side effects or health problems from that. It’s not a good option.

I don’t want to put a bunch of chemicals in my body—what’s in the vaccine?

Elements of the vaccine are basically:

There’s nothing in the vaccine that you’ve never been exposed to: saltwater, RNA and then a fat molecule. That’s literally it.

I do remind people that the supplements available in grocery and health food stores are not federally regulated and have not been through clinical trials, yet those are chemicals. But people take these all the time and don’t even think about it.

How does the vaccine work in your body? Is there live COVID-19 virus in the vaccine?

No, the vaccines do not contain live virus; it’s just a piece of RNA. That’s the genetic information, but it’s not the full viral genome. So it doesn’t have all of the necessary information to make a new virus; it’s just a piece of it that basically is going to be shown to the immune cells in your blood. The immune cells realize, “Hey, this thing doesn’t belong here. I should go and attack it, and I’m going to create memory so that I remember this. If I ever see it again, I will recognize it faster and kill it off before the symptoms get too bad.” What we’re doing with the shot is really just mimicking what the virus would do, but in a controlled environment; and because you’re not getting the full virus, you cannot get sick from it. It only stays in the body long enough for the body to recognize it. Then the immune cells go to work and the elements in the vaccine leave the body.

I’ve heard there’ve been a lot of deaths caused by the vaccines. Is that true?

That’s a very bad misinterpretation of the data. People who say that may have seen something on the CDC’s VAERS (Vaccine Adverse Event Reporting System) site. If you had any side effects or if anything happened after your vaccine, you can report it there.

But because it allows anyone to report possible side effects from vaccines, it includes reports that might or might not have been caused by vaccines.

However, for every single death reported to VAERS (meaning someone who died at some point after vaccination), vaccine safety experts do go back and investigate it, to confirm what the cause of death was. At this point there has been no causal relationship—not one of those deaths has actually been caused by the vaccinations.

Plenty of people have been vaccinated now, so why do I still need to get the shot?

First, there are age groups that can’t get vaccinated yet. Kids under 12 can’t. Neither can people who have certain pre-existing conditions. Or anyone who has cancer and is undergoing chemo—they could get a vaccine, but it would be useless because the chemo would destroy those cells. That means anyone undergoing chemo right now is 100% reliant on the rest of the population being vaccinated to keep them safe.

For anyone who’s immunosuppressed in any way—people with cancer, people with transplants—the vaccines are just not working as well in them. That’s totally expected because they’re taking drugs that stop their immune system from functioning well.

I just want our students to realize that they have immunosuppressed friends sitting in the classroom with them. They may not realize it, but they are there. Or it may not be that the person in the classroom has something, but they might live with a parent or grandparent who is at high risk and immunosuppressed or something, and they’re concerned about bringing it home.

To hit herd immunity we’ve been saying we want 70% at a minimum. But the reality is, because the virus mutates as much as it does, it might be closer to 80%. That’s the thing—we won’t really know what herd immunity is until we get there. We have to reach the point when the number of cases plummets and stays there. Then this is the other issue—it’s not a matter of reaching herd immunity statewide or even countrywide. It’s global because people are traveling to other countries.

We’re lucky to live in the U.S., where we have ample access to vaccines. Folks in so many other countries, while waiting for their own vaccines, need those of us with access to do our part to help slow this thing down and protect the rest of the world. We’ll be protecting ourselves, too.

Can I get still COVID even if I get the vaccine?

Because the vaccines are between 90% and 95% effective, that does mean there’s a 5% to 10% chance that you still could get COVID.

But what these vaccines are built to do is, even if you get COVID, you likely won’t be hospitalized, and the risk of death is extremely low. So you wouldn’t get severe COVID, and that’s what we’re seeing now. From what I last read, doctors report that nearly 100% of all COVID deaths at this point are among unvaccinated people. And the tiny percentage—less than 1%—who were vaccinated, still got COVID and died, were immunosuppressed. There has been no typically healthy person, from what I know, who has been vaccinated and ended up hospitalized and dying from COVID.

I thought that for young people, getting COVID is like getting a cold, so what’s the big deal?

As far as infection rates, we definitely are seeing the numbers shifting younger because the older people are more likely to be vaccinated. We’re also finding that some of the mild, asymptomatic cases are actually leading to long-term effects after the fact.

And also, maybe you won’t get that sick, but there’ll be young people in your classroom, in restaurants, at the store, who are immunosuppressed for one reason or another. And if you have COVID and spread it to them, it could be a death sentence for them. I don’t know about anyone else, but I would not want to have someone’s death on my hands.

The other thing is, every time we let this virus spread, every time the virus gets into somebody’s body, it gets a chance to mutate. While we don’t have any control over when the virus mutates, every time it has a new host, it can mutate in that host and we don’t know what that mutation is going to lead to.

It could mean more infections, which is what we’re now seeing over and over again. Natural selection, survival of the fittest, means the virus that can infect better, survives better. It also could mutate into something that does kill children, who can’t be vaccinated right now; and college-age students who are not willing to be vaccinated right now.

Now to be honest, it also could mutate into something less infectious or less deadly.

We don’t have control over it, and that’s the problem. So the more of the population that gets protected, the fewer chances the virus has to mutate.

Why is Elmhurst U. requiring the vaccine and getting involved in such a political issue?

I want to be clear that this isn’t a political issue. I understand that it’s become political in the news, but this is a public health issue.

This is the reality—if we don’t require the vaccines and we let all the students back in the residence halls and have an outbreak, we’ll have to shut down again. If we get outbreaks in classrooms, we’ll have to shut down again. And if we don’t have a vaccinated student population, we will get an outbreak. It’s just a given, with the trends we’re seeing.

This is why we require students to be vaccinated against so many other diseases before they come on campus—to avoid outbreaks of preventable diseases. And the COVID vaccine is no different. We want students to have the full college experience, and the only way to do it safely is if everyone is vaccinated.