May 4, 2022 | by the Office of Marketing and Communications 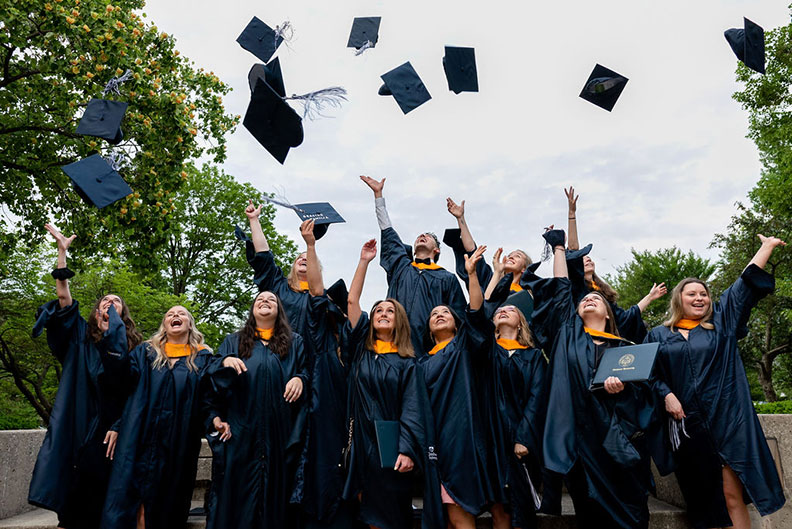 At its 151st Commencement ceremonies later this month, Elmhurst University will award honorary degrees to a jazz legend with close ties to the University, and two accomplished business leaders who also have been longtime supporters of the institution.

The 2022 honorary degree recipients are jazz vocalist Dee Dee Bridgewater, who will deliver the Commencement address at the ceremony for graduate students; alumna and philanthropist Maureen Lamberty Heakin ’72, who will deliver the address at the ceremony for undergraduates; and retired senior financial executive and Trustee Emeritus James S. Yerbic.

The 151st Elmhurst University Commencement ceremonies will take place on Saturday, May 21, 2022.