March 11, 2016 | by the Office of Marketing and Communications 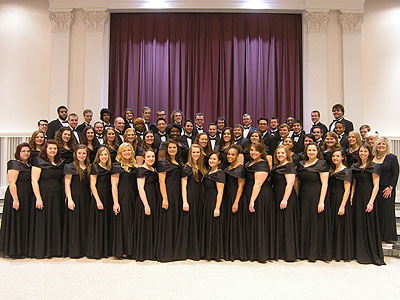 Elmhurst College’s Concert Choir will make a pair of New York City appearances on Friday, March 18, performing at the National 9/11 Memorial at 10:30 a.m. and at storied Carnegie Hall at 8:00 p.m.

That morning, the choir will sing at the 9/11 Memorial, on the site of the World Trade Center towers, beginning at 10:30. Among the selections they will be performing is composer Moses Hogan’s reverent invocation of hope, “Hear My Prayer.”

“This is such a tremendous opportunity for our students,” Moninger said. “It is the first time we have performed at Carnegie Hall, and we are so honored to have the chance to sing at the 9/11 Memorial as well.”

As part of the Choirs of America event, the Elmhurst students will participate in a clinic with educator and conductor Sandra Snow of Michigan State University and in a vocal master class with tenor Andrew Lunsford. While in New York, the students will attend a performance of the Broadway musical comedy Something Rotten at the St. James Theatre and meet with the show’s cast in a post-show “talk-back.”

Tickets for the evening performance are available through Carnegie Hall’s ticket office.

The College will host a pre-concert reception for alumni and friends of the College at Ivy Bar, a few blocks away from Carnegie Hall, starting at 6:00 p.m. To RSVP, please contact the Office of Alumni Engagement.

Moninger said her students are thrilled to have the chance to perform in New York City.