Elmhurst College Choirs to Give Spring Concert on April 14

April 3, 2019 | by the Office of Marketing and Communications 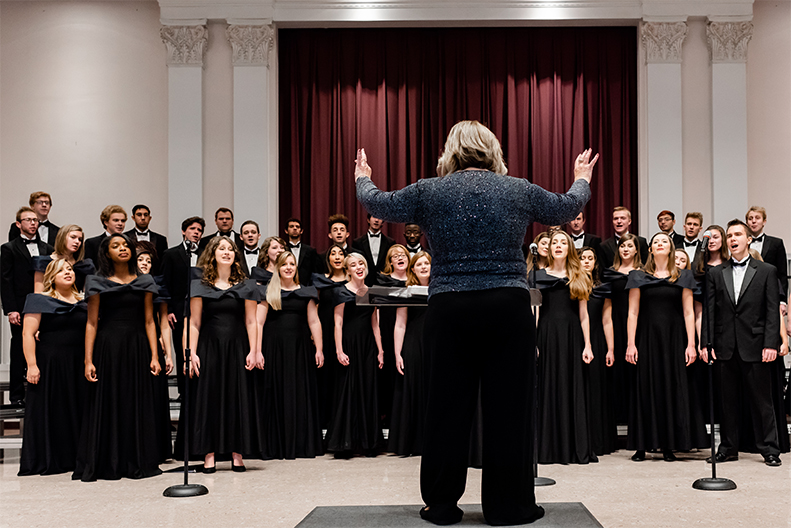 Performing music in a wide range of musical styles, the Elmhurst College choirs will present their Spring Choral Concert on Sunday, April 14.

The concert will be the final one for Susan Moninger, who is retiring in June after a distinguished, 30-year career with the College as a music professor and director of choral activities.

Elmhurst’s vocal program has gained a national reputation under Moninger, who joined the College in 1989. She directs the College’s Chamber Singers and Concert Choir.

The Elmhurst College Women’s Chorus, directed by Donna Peterson Tallman, is an auditioned select group of women from a variety of majors who sing various styles of literature, including Renaissance, classical and twentieth century. Tallman has held faculty positions in music education at Northern Illinois University and was director of music education at Illinois Benedictine College.

The Spring Choral Concert will begin at 2:00 p.m. on Sunday, April 14, in Hammerschmidt Memorial Chapel. The concert is free and open to the public.

For more information about music at Elmhurst College, visit the Department of Music or call (630) 617-3515.