Elmhurst College to Host Portrait of a Soldier Art Exhibit

August 15, 2019 | by the Office of Marketing and Communications 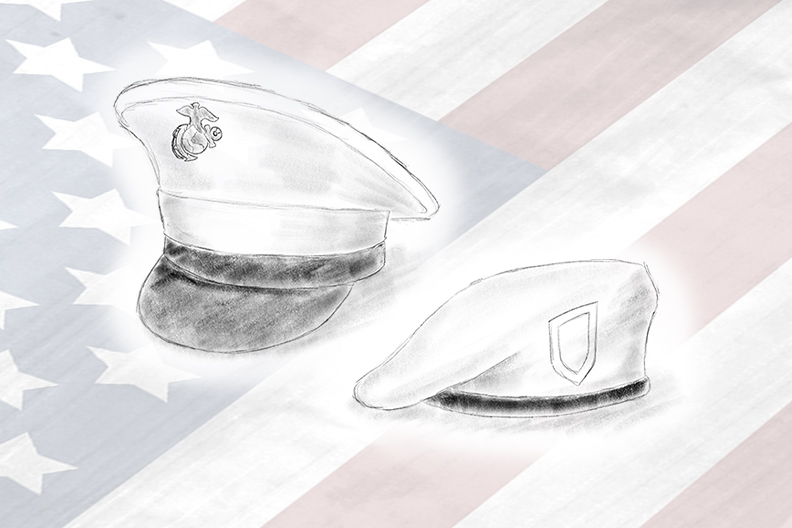 Portrait of a Soldier, a memorial art exhibit featuring hundreds of hand-sketched portraits of Illinois service members killed in action since 9/11, will be displayed for a week at Elmhurst College beginning on Sept. 9.

Former Illinois Gov. Pat Quinn, who established the exhibit in 2004, will introduce it during an opening ceremony on Sept. 11.

The origins of the exhibit date to 2004, when Cameron Schilling, an artist from Mattoon, Ill., drew a portrait of Charles Neeley, a fellow Mattoon resident who died in Iraq, and gave it to Neeley’s parents.

About a year later, Schilling decided to draw a portrait of each Illinois service member killed in action since the terrorist attacks of Sept. 11, 2001. He sends the originals to the service members’ families, and copies are added to the Portrait of a Soldier display.

The exhibit has traveled across the state in recent years. It includes portraits of more than 300 members of the Army, Navy, Air Force and Marines. It is arranged by each soldier’s date of death, beginning with Patrick Murphy, of Flossmoor, who died Sept. 11, 2001.

Portrait of a Soldier will be on display from Monday, Sept. 9, through Sunday, Sept. 15, in the Frick Center, Founders Lounge. An opening ceremony will be held on Wednesday, Sept. 11, at 11:30 a.m. in the Founders Lounge. Admission to the exhibit and reception are free and all are welcome. For more information, call (630) 617-5186.