September 16, 2022 | by the Office of Marketing and Communications 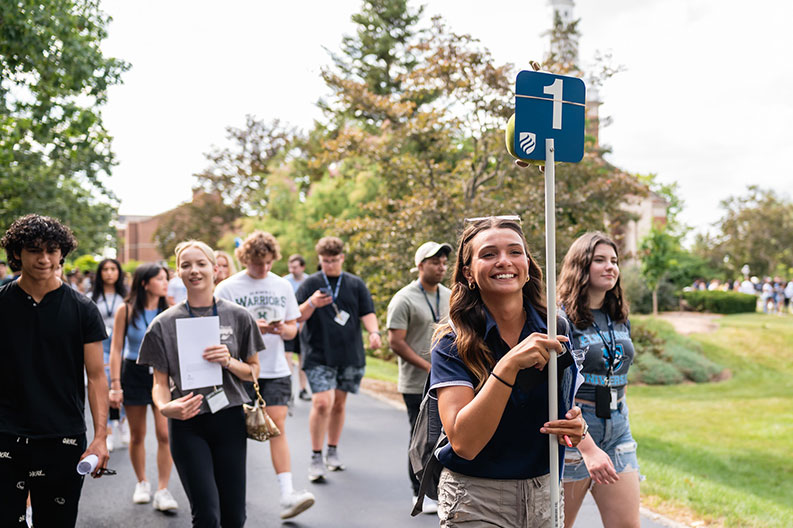 A total of 1,410 new students started at Elmhurst this academic year, a 16 percent increase over last year. At the same time, an increase of 4 percentage points in Elmhurst’s retention rate (the rate at which first-year students return for a second year) helped raise the University’s total student headcount to 3,780, compared with 3,564 in the fall of 2021.

“We couldn’t be more excited to share our university with so many new and returning students,” said President Troy D. VanAken. “We understand that they’ve made a critical investment in themselves and their future, and we’re committed to ensuring that it is rewarded.”

The enrollment picture for new students includes a diverse group of more than 600 first-year Bluejays, half of whom identify as first-generation college students. They are joined by nearly 350 transfer students, 45 distance learning nursing students, 361 graduate students and 17 students in the Elmhurst Learning and Success Academy (ELSA). Also included among the new students are 112 international students representing 21 countries. Domestically, the new students hail from 23 states, from New York to California.

The 361 new graduate students represent the largest number in Elmhurst University history—and mark a fifth year in a row of record grad enrollments.

Christine Grenier, vice president for admission, attributed the increase to a comprehensive yet accessible admission process in which every part of campus plays a vital role.

“When students have a welcoming and seamless experience before they even apply to Elmhurst, all the way to the point of registration and the first day of classes, we know we have served them well,” she said. “While the admission office is the front door of recruitment, it takes an entire campus community to make this kind of success happen and to show our students, ‘We got you.’ We’re delighted to welcome the largest class ever in Elmhurst history.”