December 14, 2022 | by the Office of Marketing and Communications 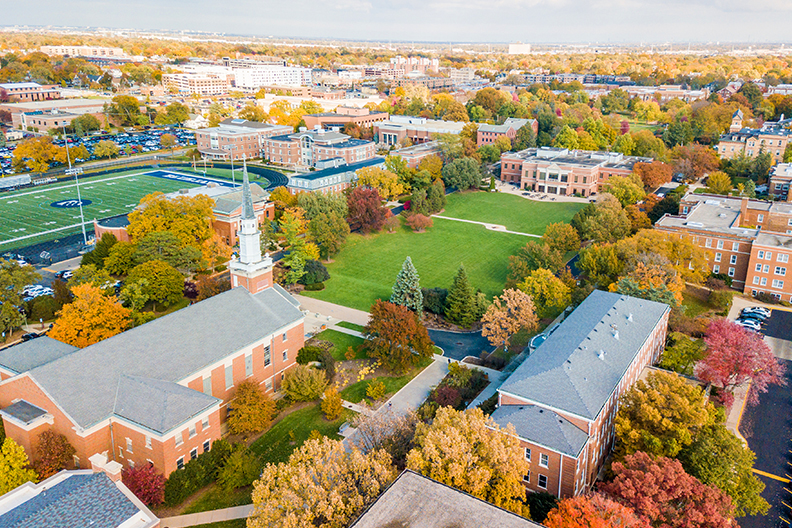 An Elmhurst University project that has significantly improved energy efficiency in campus buildings recently won the Excellence in Engineering Technology Award from the Illinois chapter of the American Society of Heating, Refrigerating and Air-Conditioning Engineers, or ASHRAE.

In 2019, the University went into the project with a 55-year-old centralized boiler and steam distribution system, as well as obsolete chillers and cooling towers. Steam traveled from the heat plant through a maze of tunnels to individual campus buildings, a system that was outdated, inefficient and difficult to maintain, O’Malley said. In the wintertime, heat rising from the tunnels led people to mistakenly believe the campus had installed heated sidewalks to melt the snow.

After two years of planning and preparation, the old boiler system was replaced with standalone boiler plants in 17 buildings. The new, decentralized system is more reliable and less costly to operate and maintain. It also earned more than $750,000 in rebates from local utility providers, and already has resulted in improved energy efficiency for the campus, which used 32% fewer therms in 2021-22 than in 2020-21.

“Receiving this award from a prestigious organization like ASHRAE means so much to our team, which was working together on this project from its earliest stages,” said Elmhurst University President Troy D. VanAken. “It also affirms the University’s commitment to responsible stewardship of our fiscal and physical resources, and will benefit the campus for years to come.”