Home » News » Journalist to Discuss His Life as an Undocumented Immigrant

Journalist to Discuss His Life as an Undocumented Immigrant

February 27, 2013 | by the Office of Marketing and Communications 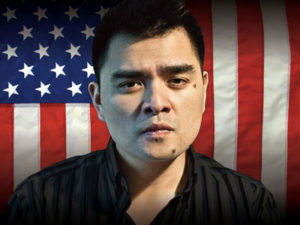 Over his 15 years as a journalist, Jose Antonio Vargas interviewed some of the most accomplished people in America, and shared in a Pulitzer Prize for coverage of the 2007 mass shooting at Virginia Tech.

For 14 of those years, he hid the fact that he is an undocumented immigrant, “living in a different kind of reality, relying on a sort of 21st-century underground railroad of supporters, people who took an interest in my future and took risks for me.”

Vargas will present My Undocumented Life, part of the Rudolf G. Schade Lecture Series, at Elmhurst College on Thursday, March 7.

A rising-star journalist, Vargas was writing for some of the most prestigious news organizations in the country, including The Washington Post, Rolling Stone and The New Yorker. In 2007, the daily journal Politico named him one of the 50 Politicos To Watch. All the while, Vargas was leading a double life, hiding the fact that he was an undocumented immigrant.

“This deceit never got easier,” he said. “The more I did it, the more I felt like an impostor, the more guilt I carried — and the more I worried that I would get caught.”

In the summer of 2011, 18 years after arriving in America, Vargas exposed his story in his groundbreaking essay, My Life as an Undocumented Immigrant, for the New York Times Magazine.

Today, Vargas runs Define American, a non-profit organization that seeks to elevate the conversation around immigration.

My Undocumented Life will begin at 7:00 p.m. on March 7 in Hammerschmidt Memorial Chapel. This event is sponsored in part by BMO Harris Bank. Admission is $10 for the general public and free for Elmhurst College students, faculty, staff and alumni. Tickets are available at the door or online. For more information, call (630) 617-3390.