July 19, 2019 | by the Office of Marketing and Communications 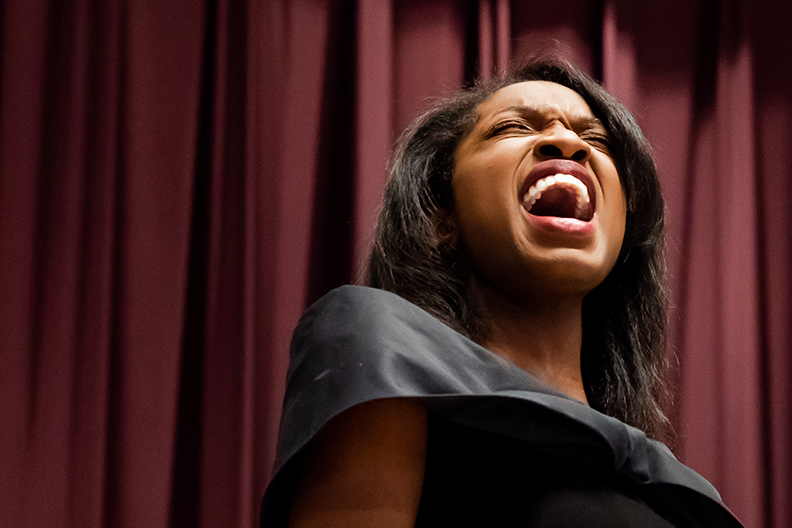 Performing the piece “I’m Here” from the musical The Color Purple, Carr took first place in the contest’s Upper College division, competing against qualifying juniors and seniors from any college, university or conservatory in the country. She received a first-place certificate and $1,600 cash prize. 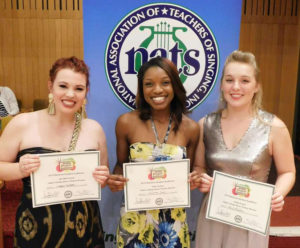 Nearly 180 of the top young vocalists from across North America participated in the semifinal round earlier this year. Less than a month after graduating from Elmhurst, Carr traveled from her hometown of Kankakee to the competition finals, held on the St. Olaf College campus in Minnesota.

“The whole experience was surreal,” Carr said. “I thought, this is so crazy! I actually did it, and it’s actually possible.”

Launched in 2011 by the National Association of Teachers of Singing (NATS), the National Music Theater Competition is known as the first competition of its kind, and has provided participants with industry connections that have led to success on Broadway and other venues.

“The regional governor of NATS sent me a congratulations email saying that Lauren brought down the house at the final competition performance and wowed the audience,” said Carr’s teacher, longtime Elmhurst College faculty member Jennifer Mather.

“I am so very proud of Lauren,” Mather said. “She has worked so hard for this, and has proved that she has not only the talent, but the steady drive and determination to be a superstar in this career.”

What’s next for Carr? She’s interviewing for a job in New York City as a dance teacher, with plans to teach, audition and “do whatever I can do” to ultimately become a Broadway performer. Winning the National Music Theater Competition has inspired her to believe she can make it.