October 23, 2019 | by the Office of Marketing and Communications 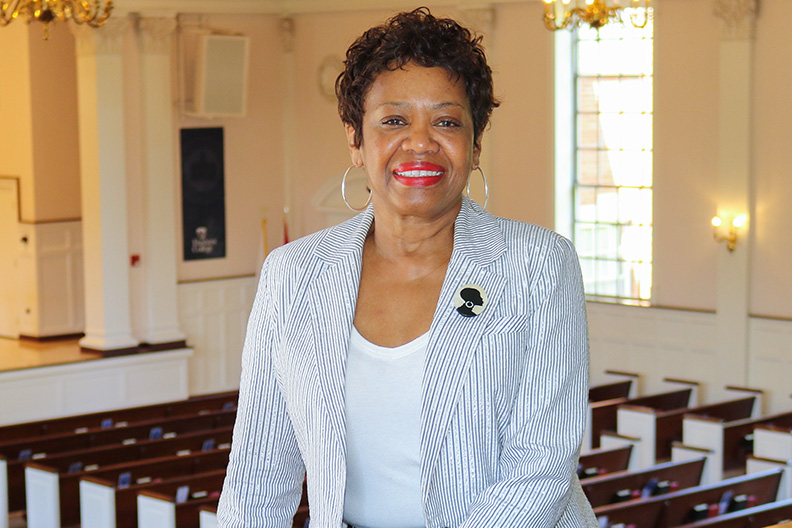 Author Lorraine Hansberry and poet Gwendolyn Brooks never met. But if they had, what would they have talked about?

That’s the central question behind a new play co-authored by Elmhurst College faculty members Janice Tuck Lively and Tina Jenkins Bell, together with writer Sandra Jackson-Opoku. The authors will present a dramatic reading of the play, Indignant Women: A Conversation With Lorraine Hansberry and Gwendolyn Brooks, on Oct. 27 as part of the Chicago Humanities Festival.

Brooks and Hansberry shared similar backgrounds. Members of the “Indignant Generation” of black writers who were active in the years following the Great Depression through the first wave of the Civil Rights Movement, both grew up on the South Side of Chicago and explored common themes of crooks and turns in the American dream for African Americans in their award-winning works.

“We knew that Gwendolyn and Lorraine would have had a lot to talk about,” said Lively, an associate professor of English at Elmhurst. “We started with a broad spectrum of topics and then narrowed it down to women’s issues.”

Eventually, the authors homed in on topics around womanhood, politics, power and sexuality.

“We wanted to look at issues that touched both of their lives,” said Bell, a lecturer in the College’s Department of English. “At the same time, we wanted to cover topics that are not common knowledge. For example, Lorraine Hansberry lived most of her life as a closeted lesbian, so we wanted to talk about intersectionality.”

Lively is a 2019 Illinois Arts Council Literary Award winner whose writing has appeared in many literary journals and anthologies. Bell is a published fiction writer and playwright; a staged reading of her play Cut the Baby in Half was performed this summer at Chicago’s Green Line Performing Arts Center. Together with Jackson-Opoku, the two are founding members of FLOW (For Love of Writing), a group of African American female writers who are dedicated to diversifying literary voices.

The performance will take place at 4:30 p.m. on Sunday, Oct. 27, at Northwestern University’s Norris University Center. For more details, see the event listing on the Chicago Humanities Festival’s website.