November 1, 2013 | by the Office of Marketing and Communications 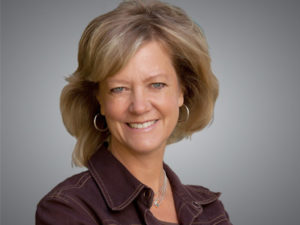 On October 21, Illinois State Representative Jeanne Ives (R-Wheaton) visited Elmhurst College to offer her perspective on the problems facing the state of Illinois.

A freshman legislator, Ives represents the 42nd District in the Illinois House of Representatives. Her main areas of interest include bringing about statewide pension and tax reform, term limits for lawmakers, governmental transparency and school choice. She serves on the House Appropriations Committee for Elementary & Secondary Education, as well as the House committees on labor, cities and villages, mass transit, and international trade and commerce.

Before her election to the House, Ives served on the Wheaton City Council. After graduating from West Point, she went on to serve in the U.S. Army, where her assignments included platoon leader and headquarters detachment commander for transportation units in Germany.

In June, Elmhurst College launched the lecture series Fixing Illinois: A Great State’s Problems and Promise, with the goal of starting an ongoing discussion about the challenges that Illinois faces, and empowering citizens to help address those challenges and move the state forward. Previous speakers include businessman and gubernatorial candidate Bruce Rauner, Illinois State Representative Dennis Reboletti and Illinois state senator and gubernatorial candidate Kirk Dillard.