November 20, 2017 | by the Office of Marketing and Communications 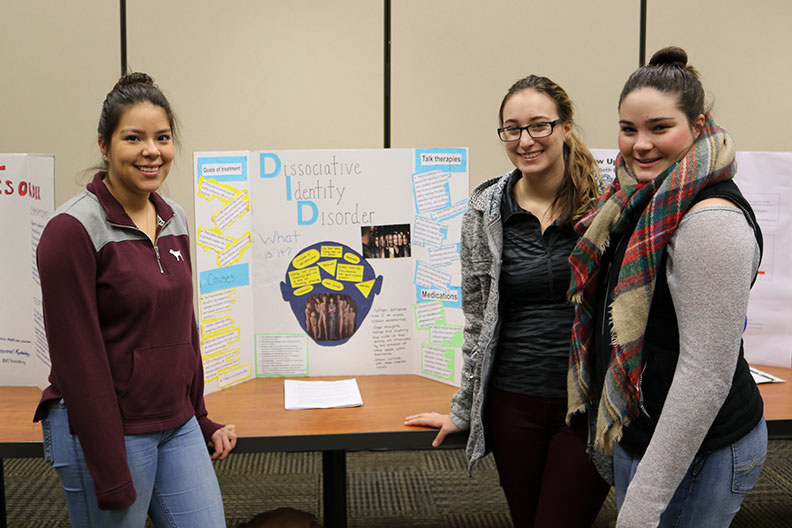 The fair also was an opportunity for any student to stop by and learn more about the health sciences and health professions.

“It’s a chance to showcase what you’ve learned, and to see what was interesting to each individual who’s presenting,” said Joanna Juskiewicz, a sophomore majoring in nursing and psychology.

Juskiewicz and two classmates developed a presentation about dissociative identity disorder, also known as multiple-personality disorder—its causes, symptoms and treatments. The team selected that disorder because it was one of their favorite topics in their Abnormal Psychology class.

One of Juskiewicz’s teammates, Alyssa Tornabene, said, “To me, the most interesting part of the disorder is that when a person has alternate personalities, each ‘alter’ can have different qualities and even different physical symptoms.” She also was fascinated by the topic because of its enduring popularity in the storylines of TV crime dramas, movies and books.

Tornabene enjoyed the Health Sciences Fair because she could present her work in a different way—the alternative was to write a research paper—and because she could join students in walking around the fair and talking with the other presenters.

“It’s a nontraditional classroom. If you want to learn, you can just come in,” she said. “It’s also an opportunity to be creative with what you’ve learned.”