March 31, 2020 | by the Office of Marketing and Communications 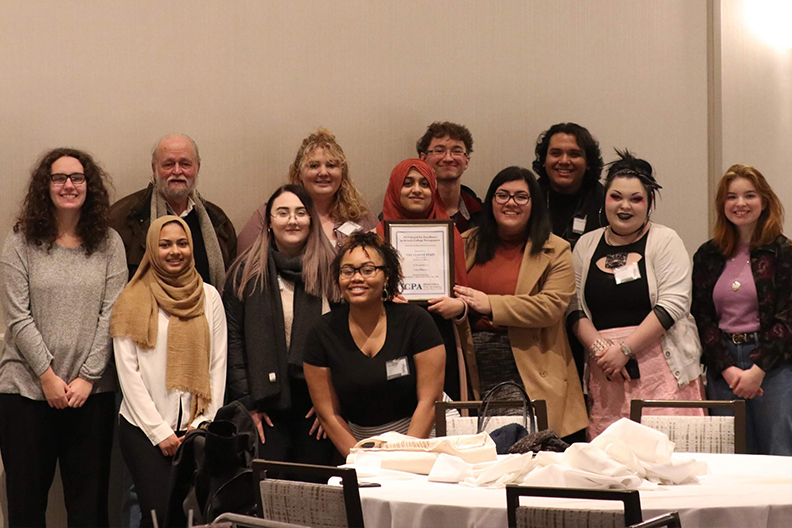 The Leader staff screamed in unison when they learned that the paper had won first place for General Excellence from the Illinois College Press Association (ICPA).

“Everyone yelled at the top of their lungs,” says Leader Editor-in-Chief Josie Zabran ’20. “We couldn’t believe it.”

At the 2019 ICPA awards, held earlier this spring, Elmhurst’s student newspaper received three honorable mentions and 11 awards—including the coveted first place for General Excellence for schools with enrollments of under 4,000 students.

The Leader won awards for photography and illustration; sports, feature, editorial and review writing; and a third-place win in the Special Supplement category for their orientation issue.

In 2019, Syeda Sameeha ’19 was The Leader’s editor-in-chief. Zabran stepped into the role in January of 2020. Both journalists received individual awards for their writing.

The wins follow a year of difficult reporting for The Leader, including coverage of campus hate incidents this past October. Zabran thinks the recognition highlights the importance of college journalism—and said the awards empower the paper to keep up their award-winning coverage.

“We talked to a lot of other schools, and other administrations are stopping journalists from telling the truth about what’s going on,” she says. “The stories we broke [in 2019] were really important—students and the public should know what’s going on.”

The Leader Editorial Board