Art Alum’s Film to be Shown at International Film Festival

September 22, 2020 | by the Office of Marketing and Communications 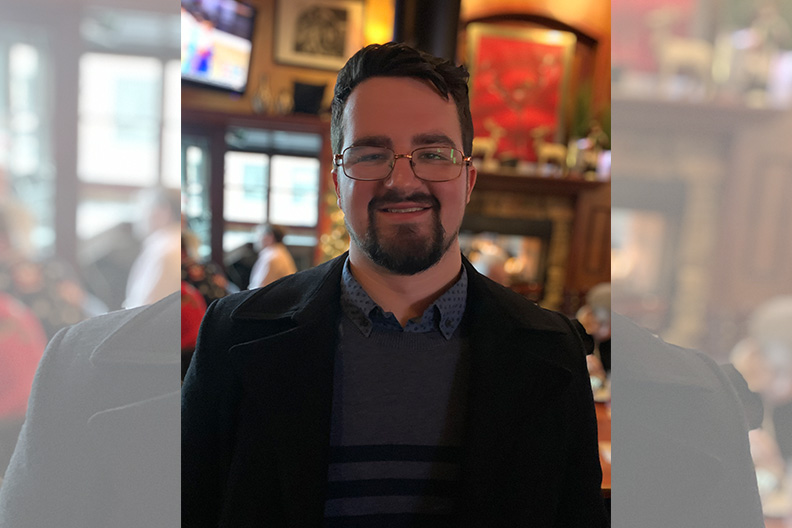 Given the time and mental sweat Ray Ryan had poured into the final project for his animation class this past winter, Ryan was proud of the result—his first animated film. His professor’s reaction, however, was unexpected.

“This has to go to Ottawa,” said adjunct art faculty member Robert Fritz, referring to the renowned Ottawa International Animation Film Festival in Canada, which presents some of the world’s “most cutting-edge, quirky and important animation” and is sponsored by such heavy industry hitters as Nickelodeon, Cartoon Network and Disney Television Animation.

Thinking he’d give it a shot, Ryan submitted his 40-second film, Cartoons & Tunes, to the festival for consideration, where it joined more than 2,000 other submissions.

Then came his next surprise—the Ottawa film festival accepted Cartoons & Tunes, and will share it virtually beginning on Wednesday, Sept. 23, the first day of the festival. Due to COVID-19 concerns, all screenings and other activities will be done virtually this year at the festival, which runs until Oct. 4. Prizes will be awarded to the best film in each category and the best overall.

“I’m just happy to have an opportunity [at the festival],” said Ryan, of Oak Lawn. “I wasn’t anticipating this.”

Fritz, on the other hand, wasn’t surprised. “I was struck by the raw look, sense of contrast, composition, and sense of balance,” he said about the film. “Ray used the medium in a way you normally don’t see.”

Ryan, who graduated from Elmhurst this past spring with a B.A. in graphic design, infused the film with his love of drawing, comic books and percussion. It tells the story of a high school student navigating the stresses of adolescence while day-dreaming, emulating the likes of X-Men and Batman, and making a new friend.

Ryan started out at Elmhurst without a declared major, but gravitated toward the art department’s intimate environment and hands-on approach. He signed up for Fritz’s intensive, four-week January Term animation course—Ryan’s first animation course—because he wanted to try something different.

“Ray’s quite the creative individual, and he put in the extra time,” Fritz said, adding that although the final project required 200 frames, Ryan finished Cartoons & Tunes with well over 700 frames—each drawn by hand.

“I’ve always tried to have a solid work ethic, which was furthered by my design classes,” Ryan said. “The professors helped me experiment and try new things. They were unbelievable.”