March 26, 2019 | by the Office of Marketing and Communications 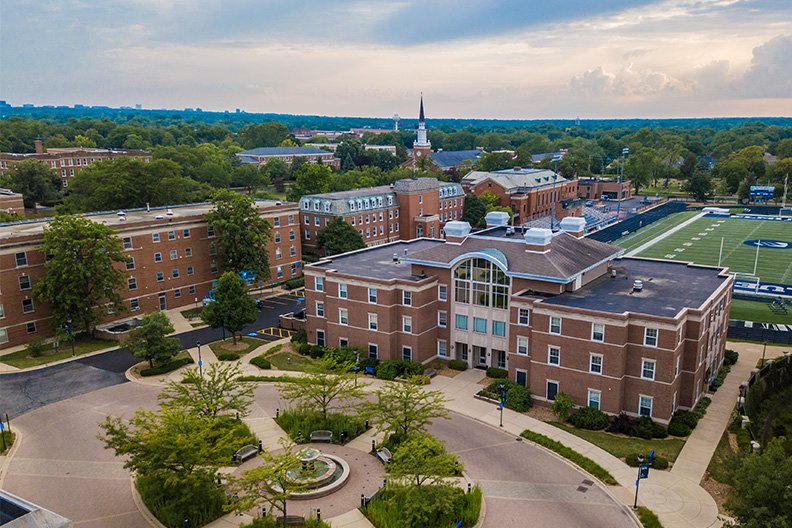 Elmhurst College has launched a new Digital Media Program that will help students thrive in the rapidly growing media landscape of the 21st century.

The program, which is accepting students for this fall, features three undergraduate majors: digital media, multimedia journalism and digital marketing communication. The program also offers minors in those three disciplines, as well as a minor in film studies.

“Working in film, television, animation, game design or screenwriting is not the ‘long shot’ it used to be,” said Kristyn Jo Benedyk, associate professor of digital media and director of the digital media program.

“Think of how many names you see in the credits of a single film,” Benedyk said. “Now think of all of the films and TV shows you see on the networks, or on platforms like Amazon or Netflix. Millions of people are being employed annually in these industries, and Elmhurst is determined to prepare its students for these fields.”

Video and digital storytelling have taken on an ever-increasing role in our lives, from our phones to our living rooms to the ads we see in airports and shopping malls. They have become equally pervasive in the workplace. Those who can create, produce and critically evaluate digital media at a high level stand to gain a strong foothold in their careers.

The Digital Media Program was designed to ready students to take advantage of such opportunities. It will teach them practical skills, such as using design and production software, while also expanding their knowledge of media ethics, theory and history.

All of the degree paths promote a hands-on, experience-driven approach to learning, including the development of professional portfolios that can be used to pursue jobs in a wide and expanding range of careers. Elmhurst’s proximity to Chicago’s thriving film, television, gaming and advertising industries opens up a world of opportunities for graduates.

“As a teacher, it’s a very exciting time for me to be in the digital and cinematic arts,” Benedyk said. “The days of the starving artist are over! This is a multibillion-dollar industry that continuously needs new storytellers and creative people to fill all of the positions that bring this media to life.”

Elmhurst College will accept its first class of digital media, multimedia journalism and digital marketing communication majors this fall. For more information, contact the Office of Admission at (630) 617-3400 or admit@elmhurst.edu.