April 8, 2020 | by the Office of Marketing and Communications 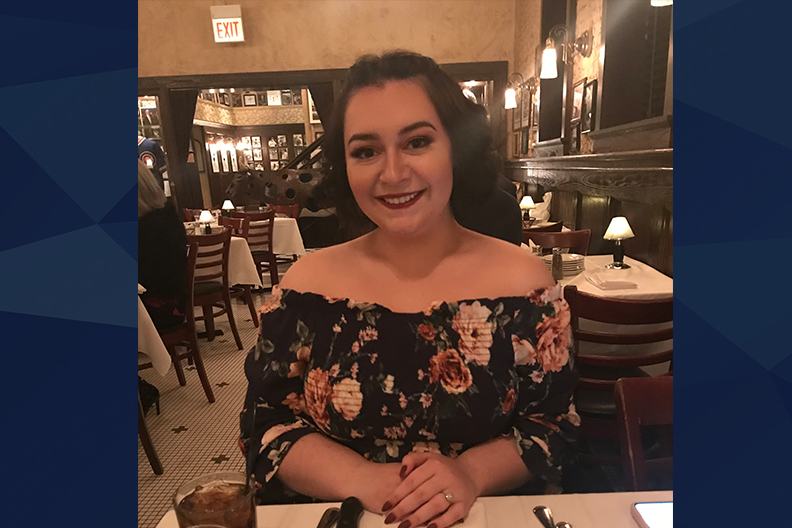 Woods is among 290 students who were selected nationally for their leadership on campus and commitment to finding solutions to local, national and international challenges. The yearlong program provides students with learning and networking opportunities, including the chance to participate in a national conference.

Woods has been involved in community service since high school, and is particularly interested in women’s rights and mental health.

“I never wanted another girl to feel like they had to look a certain way, or that their place in life was chosen for them because of their gender,” she says. For several years Woods has been a mentor to a young student through Big Brothers Big Sisters. She also speaks to student groups about anxiety and depression through the National Alliance on Mental Illness of DuPage County.

With a major in communication and a concentration in strategic communication, Woods plans to attend law school and focus on human rights law. “I want to do something big in government,” she says.

Woods is the College’s first Newman Fellow, and was formally nominated for the honor by Elmhurst College President Troy D. VanAken.

Professor Mary Walsh, chair of the political science department and director of service learning, first became aware of the fellowship after Elmhurst College renewed its membership in Campus Compact, a Boston-based coalition of more than 1,000 colleges and universities across the country that are committed to building democracy and inspiring civic education.

The fellowship is named for Campus Compact co-founder Frank Newman. Walsh solicited nominations and “Grace’s name came up as a leader and student engaged in service,” she says.