December 1, 2017 | by the Office of Marketing and Communications 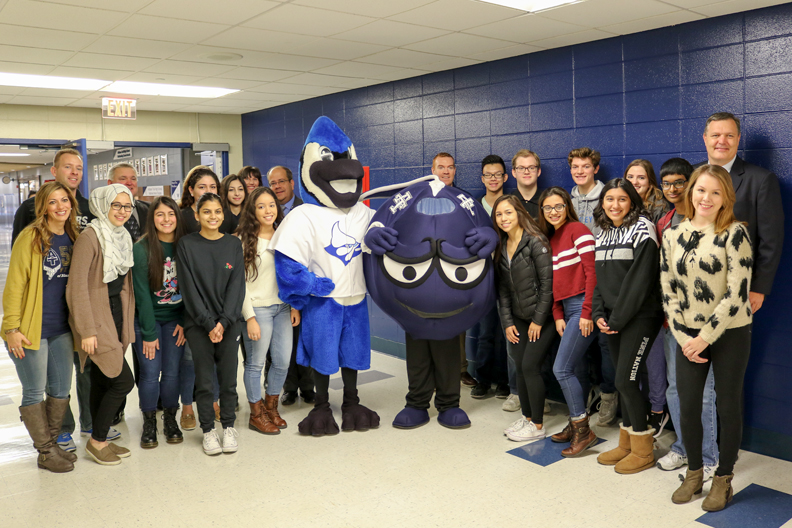 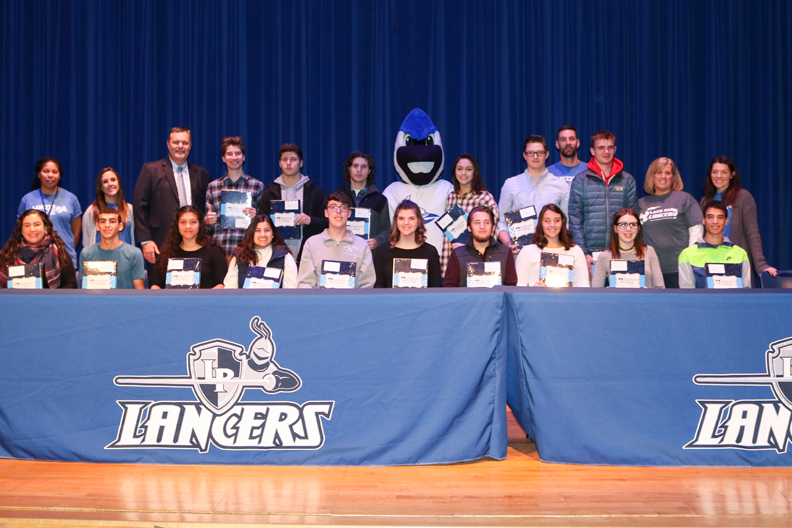 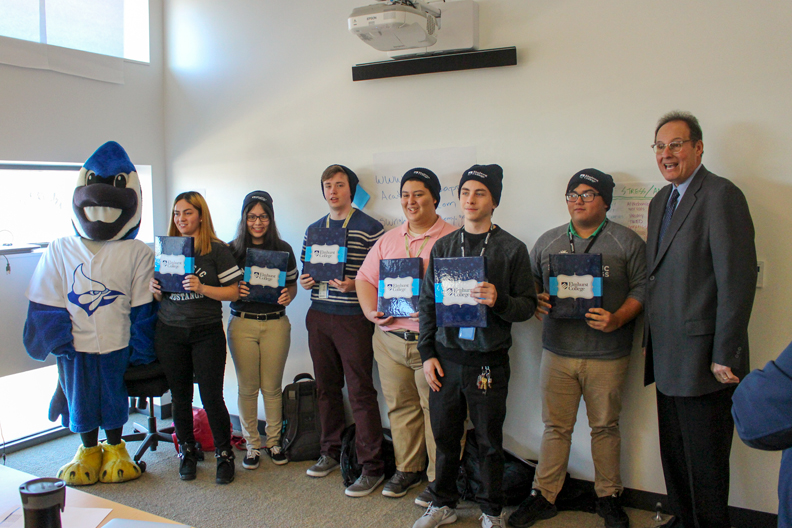 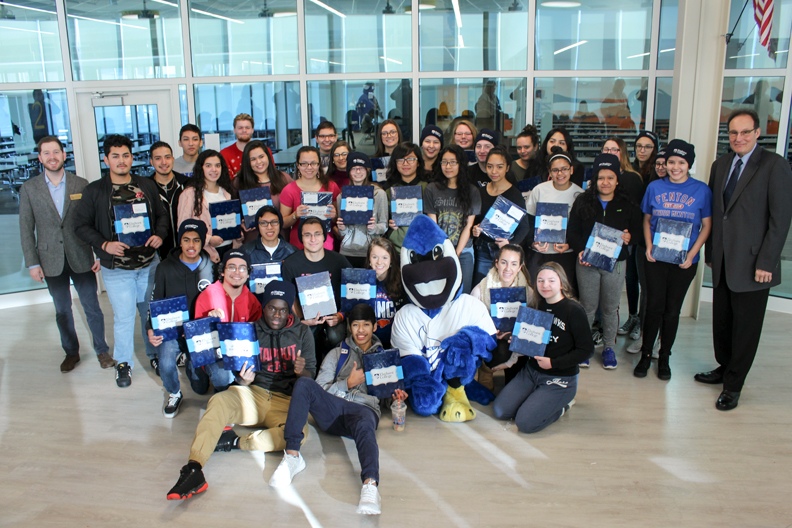 On Friday, Dec. 1, nearly 100 high school students who have just been accepted to Elmhurst College got a surprise visit at their schools from the College’s highest-profile representatives, including President Troy D. VanAken and mascot Victor E. Bluejay.

President VanAken and Victor E., as well as Vice President for Admission Timothy Ricordati, visited five area high schools to congratulate students who have been admitted to the College under its Early Action program. Each student was presented with a “Bluejay Box,” a glossy gift box containing the letter of acceptance, a scholarship offer, an Elmhurst cap and more.

At Lake Park West High School in Roselle, 35 seniors were invited to attend a 7:00 a.m. ceremony where President VanAken awarded the Bluejay Boxes and told the students that they were technically the very first to be notified that Elmhurst had accepted them.

Tyler Stewart, a senior from Bloomingdale, said he has been to the campus five times and has a lot of friends there. “I really like the vibe of the campus, the atmosphere and the people,” said Stewart, who plans to major in secondary education.

President VanAken told the group that as a first-generation college student, his life was transformed by “the power of higher education,” and that he hoped Elmhurst College might do the same for them. He added that the College is experiencing the highest enrollments in its history and is preparing for its 150th anniversary in 2021. “There’s a real vibrancy on our campus,” he said. “You’d be coming at an exciting time.”

At Addison Trail High School, 20 seniors were called out of their classes for the event, which a number of parents also attended. Principal Michael Bolden welcomed the students to this “surprise occasion,” which also was attended by the district superintendent and several Elmhurst College alumni who teach and coach at the high school.

“We’re all here to celebrate this very special news with you,” Bolden said. “Congratulations! Your hard work, all those late nights, those times you didn’t know if you were going to get your assignments done—all that hard work is paying off and it’s going to translate into the skills you need to be successful in the next stage of your education, so we could not be more proud of you.”

Alan John, a senior from Addison, said Elmhurst is his first choice. He plans to study nursing, and likes the College because he wants to stay in the area and is impressed with the nursing program. “When I connected with my friends and my mom about Elmhurst, they all had such nice things to say, I couldn’t resist,” he said.

“We just wanted to meet and congratulate our newly admitted students, and this has been a great way for us to share their excitement—and ours,” President VanAken said. “It also gives us a chance to start getting to know some of the students we hope to see on campus next fall.”