Rebecca Skloot to Talk About ‘The Immortal Life of Henrietta Lacks’

September 18, 2012 | by the Office of Marketing and Communications 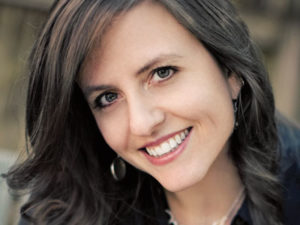 The 2010 best-selling book that resulted, The Immortal Life of Henrietta Lacks, is a family drama and remarkable medical history in one.

Skloot will talk about researching, writing and living the saga of Lacks and her family on Sunday, September 23, as part of Elmhurst College’s Science, Technology and Society lecture series.

Henrietta Lacks was 31 years old and the mother of five when she died of cervical cancer in 1951. Before she was buried, researchers at Johns Hopkins harvested some of the cancer cells that had killed her. Those cells, harvested without her knowledge or consent, were capable of reproducing endlessly, and would contribute to scientific advancements as varied as the polio vaccine, treatments for cancers and viruses, in-vitro fertilization, and the impact of space travel on human cells. Skloot’s book is also about Lacks’ children, who were later used in research without their consent and who have never benefited from the commercialization of HeLa cells, though the cells have helped biotechnology companies make millions of dollars. The Immortal Life’s multi-layered approach raises fascinating questions about race, class, and bioethics in America.

The Immortal Life was selected as a best book of 2010 by more than 60 media outlets, including The New York Times, Entertainment Weekly, Washington Post Book World and O, The Oprah Magazine. The book has won several awards, including the 2011 Chicago Public Library Foundation’s 21st Century Award and the 2010 Chicago Tribune Heartland Prize for Nonfiction. It also is being made into an HBO film produced by Oprah Winfrey and Alan Ball.

From her home in Chicago, Skloot currently is working on a new book about the human-animal bond. She maintains a close relationship with the Lacks family, and is founder and president of the Henrietta Lacks Foundation.

The Immortal Life of Henrietta Lacks is part of the Roland Quest lecture series at Elmhurst College. The lecture will begin at 7:00 p.m. on Sunday, September 23, in Hammerschmidt Memorial Chapel. Admission is $10 for the general public and is free for Elmhurst College students, faculty, staff and alumni. Tickets are available at the door or online. For more information, call (630) 617-3390.