March 22, 2019 | by the Office of Marketing and Communications 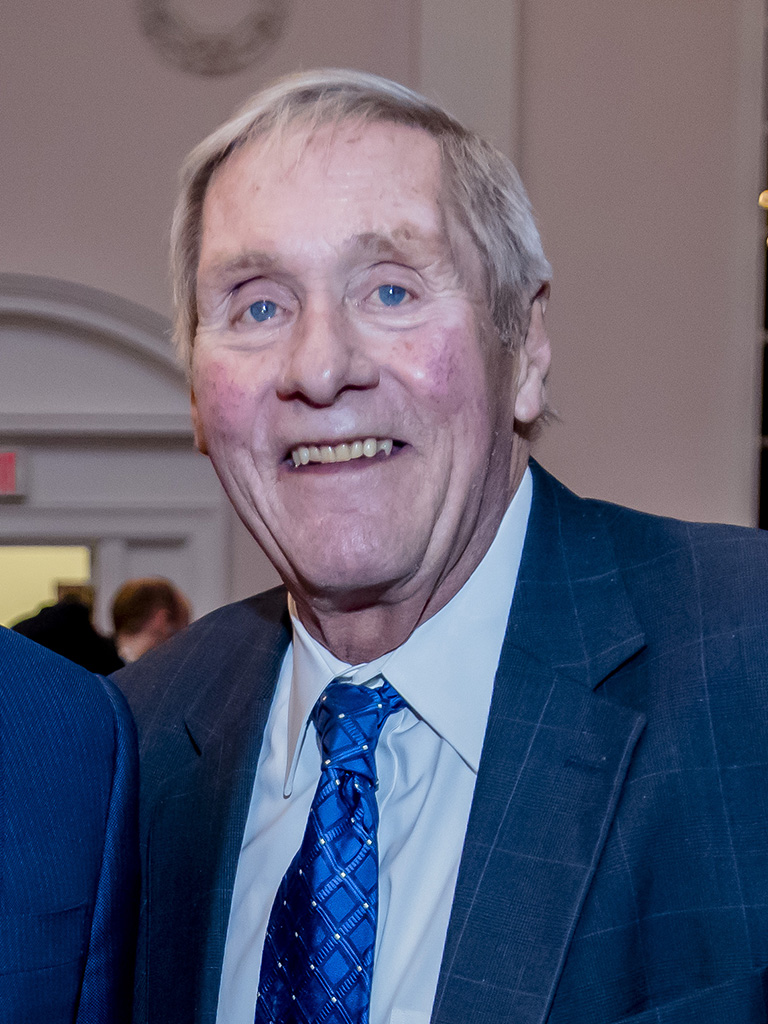 Rudolf “Rudy” G. Schade Jr. was a highly respected attorney and 23-year member of the Elmhurst College Board of Trustees with deep family and personal connections to the College. He passed away on Wednesday, March 20, at the age of 77.

A founding partner of the law firm Cassiday Schade LLP in Chicago, Schade was a trial lawyer specializing in the defense of civil actions with an emphasis on health law. As a member of the Elmhurst College Board of Trustees since 1996, he served on a number of committees, including the executive, business and trusteeship committees.

On campus, he was well-known not only as an active trustee but also as the son of Rudolf G. Schade, a revered professor of history, Greek and philosophy who came to the College in 1946 at the urging of his teacher, theologian and alumnus Reinhold Niebuhr ’10.

In 1984, Elmhurst alumni established the popular Rudolf G. Schade Lectures on History, Ethics and Law as a lasting tribute to Professor Schade, who was always in attendance. His former students flocked to the lectures to see him, and after his death in 2000, Rudy Schade regularly attended in his father’s place. Recent Schade lecturers include presidential historian Doris Kearns Goodwin, journalists Bob Woodward and Jon Meacham, and retired U.S. Supreme Court Justice Sandra Day O’Connor.

“Rudy literally had a lifelong connection to Elmhurst College, growing up on this campus as the son of a distinguished professor and then serving as a trustee for 23 years while working as a successful attorney,” said Elmhurst College President Troy D. VanAken. “Both the institution and those of us who had the privilege of knowing Rudy are better off for our connection to him. We’ll miss his warmth, humor and intellect, and will never forget the rich Schade family legacy that benefits us to this day.”

Schade was a graduate of Heidelberg University in Tiffin, Ohio, and the John Marshall Law School in Chicago, and had practiced law beginning in 1968. He was a past director of Evangelical Health Systems, past chairman of Advocate Health Systems, past president of the Illinois Defense Council, and past president of the Illinois Chapter of the American Board of Trial Advocates. He also served on the boards of a number of organizations in his community and in the United Church of Christ.

A visitation will be held on Sunday, March 24, from 2:00–8:00 p.m. in First Congregational Church of La Grange, 100 6th Ave. in La Grange. The family also will host a celebration of life service for Schade on Sunday, April 7, at 1:00 p.m. in Hammerschmidt Memorial Chapel, followed by a memorial reception at the La Grange Country Club, 620 S. Brainard Ave. in La Grange.