May 22, 2019 | by the Office of Marketing and Communications

Update: The June 12 concert will be held inside Hammerschmidt Memorial Chapel and begin at 7:00 p.m. 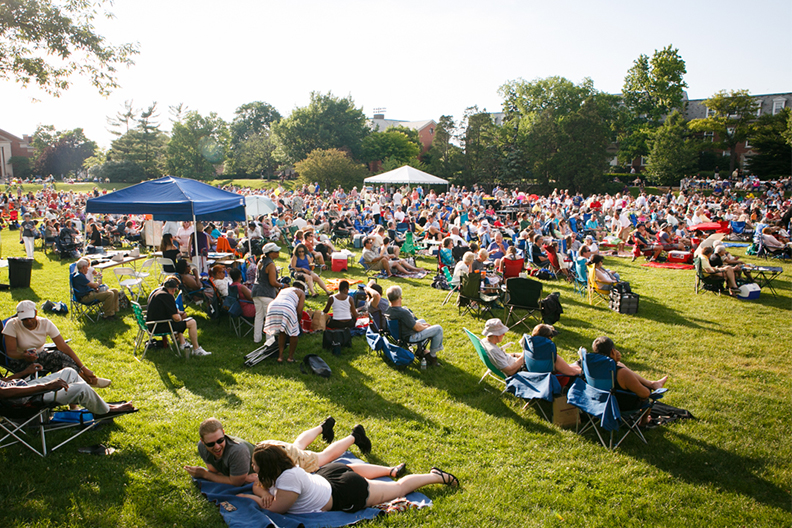 The Elmhurst College Summer Band soon will begin its third season of free outdoor concerts on the Elmhurst College Mall. All are welcome to come early and bring lawn chairs, blankets and a picnic to the two concerts, to be held on June 12 and June 26.

The Summer Band is composed of students, faculty, local music teachers and community members, and performs a variety of music during the concerts. Assistant music professor James Hile will conduct the band, and Professor Emeritus Judy Grimes will be a guest conductor, along with assistant director John Heath.

The June 12 concert, “Music on the Mall,” will feature a program of summer favorites, including music from the movies, Broadway musicals, light classical music and marches.

Both concerts will begin at 7:00 p.m. on the Brune Patio, behind the Frick Center, and are free and open to the public. For the June 26 concert only, Hammerschmidt Memorial Chapel will be available as a rain site.

Community musicians are welcome to join the Summer Band. Rehearsals are every Monday and Wednesday beginning Monday, June 4, from 7:00 to 9:00 p.m. in Hammerschmidt Memorial Chapel. Three rehearsals will be held before each concert. Although it would be preferable for members to commit to the entire four-week season, it is possible to only participate in either the first two-week session or in the second two-week session.

Community members who are interested in performing with the Elmhurst College Summer Band should contact the band office at (630) 617-3520 or email Hile at james.hile@elmhurst.edu.