December 20, 2022 | by the Office of Marketing and Communications 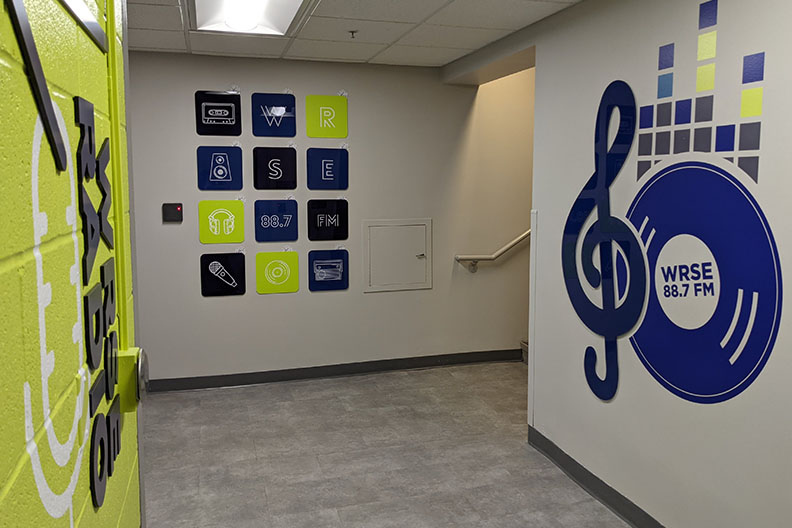 The students, as well as their faculty advisor, Lizzie Baumgartner, have been named finalists in four categories for their work at WRSE in the past year:

The Intercollegiate Broadcasting System will announce the winners during its annual conference in February in New York City. The organization advocates for student media, provides educational opportunities and honors the works of students and campus stations around the world.

It’s the second year of nominations for WRSE, with the station garnering one more nomination this year than last.

The station has produced Chicago radio legends including WBBM-AM 780’s Len Walter ’62 and WXRT-FM 93.1’s Terri Hemmert ’70. The recent recognitions are a result of the hard work that Baumgartner and a small team of students have done over the past few years to revitalize the station as a place to learn the ropes and showcase their talent.

For example, the Best Sports Talk Program nomination for “The Bluejay Boys Show” is richly deserved, Baumgartner says, adding that “all three students are incredibly knowledgeable about all sports, and have great on-air chemistry.”

About Cipolla, Baumgartner says that while she enjoyed being on the air, she also has taken the initiative to learn all about how the station operates, from music selection to production, and to be “helpful to every department we have.”

Baumgartner is grateful to be nominated again for Best Faculty Advisor — “It’s been a challenge doing this solo, but the kids really make it rewarding,” she says — and believes WRSE is on the path to a Best College Station nomination in the not-too-distant future.

Students can get involved at WRSE as a class or a co-curricular activity. You can listen to WRSE at 88.7 FM or stream it online.