Home » News » Children of the Holocaust: Kindertransport Stories to be Held on April 28

Children of the Holocaust: Kindertransport Stories to be Held on April 28

March 19, 2019 | by the Office of Marketing and Communications 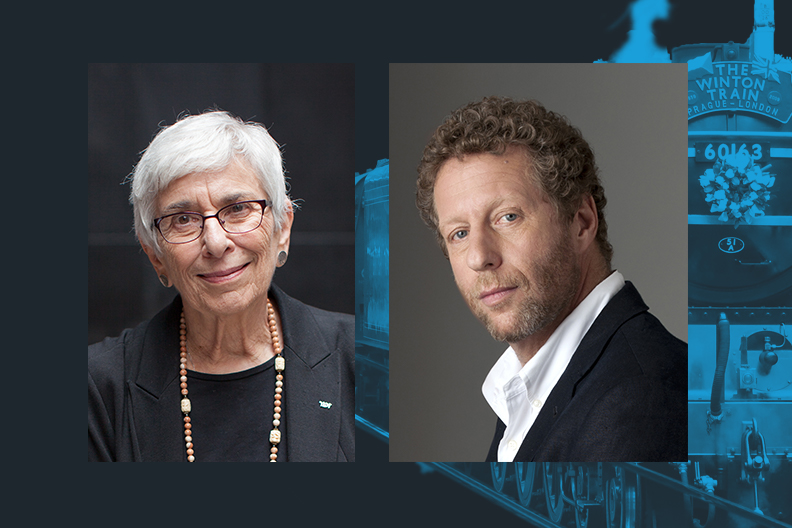 Uri Berliner, a senior business editor at National Public Radio, recently revealed the moving story of how his father, Gert, escaped the Nazis as a young teenager when his parents put him on a Kindertransport train to Sweden.

Berliner and Holocaust survivor Esther Starobin will share stories of the Kindertransport, which enabled 10,000 children to escape the Nazis, during Children of the Holocaust, part of this year’s Holocaust Service of Remembrance and Lecture at Elmhurst College.

Berliner told his father’s story in “A Toy Monkey That Escaped Nazi Germany and Reunited a Family,” a story that aired in November on the NPR program “All Things Considered.” Starobin, a volunteer at the U.S. Holocaust Memorial Museum, was only a toddler when she was sent to England in 1939 on the Kindertransport. Gert Berliner’s parents and Starobin’s parents died at Auschwitz.

The Holocaust Service of Remembrance and Lecture will be held on Sunday, April 28, at 7:00 p.m. in the Founders Lounge of the Frick Center. Admission is free and the public is invited.