January 10, 2019 | by the Office of Marketing and Communications 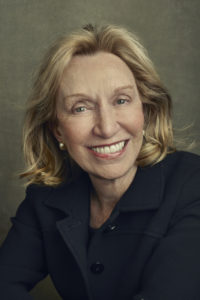 Doris Kearns Goodwin has spent the last five decades studying American presidents and, with masterful storytelling, bringing the force and vitality of their history into our times.

The Pulitzer Prize-winning author and presidential historian will present “Team of Rivals: Leadership Lessons from Abraham Lincoln” on Thursday, March 7, during this year’s Rudolf G. Schade Lecture at Elmhurst College.

The Los Angeles Times described Goodwin’s book Team of Rivals: The Political Genius of Abraham Lincoln (2005) as “the most richly detailed account of the Civil War presidency to appear in as many years.” It received the prestigious Lincoln Prize, the inaugural Book Prize for American History and the Lincoln Leadership Prize. The book also served as the basis for Steven Spielberg’s  2012 film Lincoln, which was nominated for 12 Academy Awards.

“Team of Rivals” will begin at 7:00 p.m. on Thursday, March 7, in Hammerschmidt Memorial Chapel. This event is sold out.