Elmhurst Honored for Commitment to Military and Veteran Students

April 7, 2021 | by the Office of Marketing and Communications 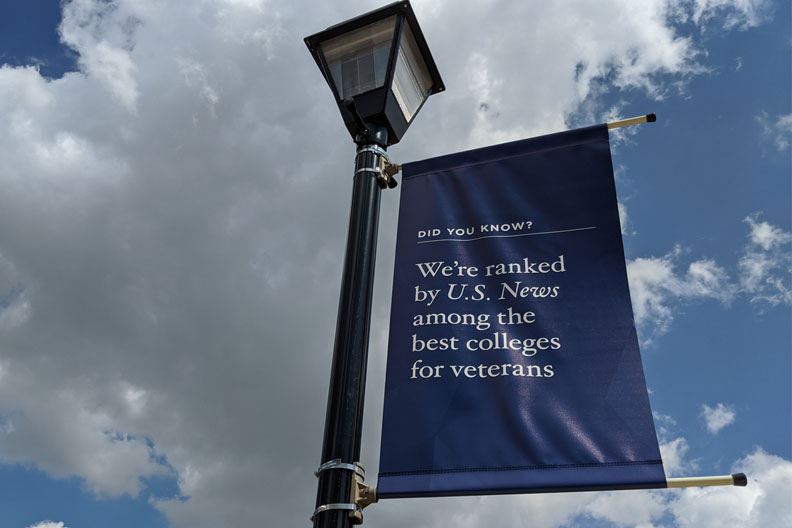 Elmhurst University has been cited as a Military Friendly® Top 10 School that creates meaningful opportunities for student-veterans and eases their transition from service to the classroom.

The 2021-2022 designation from the Military Friendly® organization was given to Elmhurst because of its support for all members of the military community, including active duty, reserve and guard service members, veterans and military spouses. The University also continues to rank among the top institutions in the Midwest on U.S. News & World Report’s Best Colleges for Veterans list.

“As a former veteran student, I understand how difficult it can be to transition to the classroom,” said Jacob Hill, Elmhurst’s Veteran Support Coordinator. “This military-friendly designation is a very useful indicator for veterans who are searching for an institution that understands their needs.” 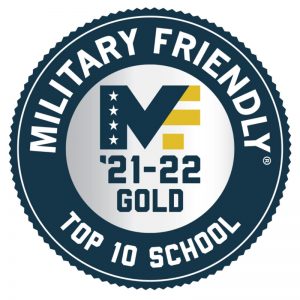 David Garcia ’21, president of the University’s chapter of the Student Veterans of America (SVA), praised Elmhurst’s faculty members for welcoming him into the campus community.

“For me personally, it was a hard transition, but the professors were great about getting me to the right resources,” said Garcia, a former staff sergeant in the Air Force who for six years managed the logistics of deploying personnel.

Fellow veteran Andrew Hawkins ’21, the vice president of the SVA chapter, added that Elmhurst faculty recognize that veterans tend to be in a different phase of their lives than the typical undergrad—many with families, homes and other adult concerns outside of school. “A lot of the faculty and teachers have been very understanding with people I’ve talked to and with me as well,” he said.

Hawkins served as a combat medic in the Army prior to enrolling at Elmhurst, where he is set to graduate this spring with a degree in nursing. He and Garcia—in their roles with the SVA—have been making inroads with a group of almost 70 Elmhurst students who have military ties, Hawkins said.

“Right before COVID hit, we were having 24, 25 people coming out to our events and our meetings and supporting us,” up from only seven or eight students when they were first starting out, Hawkins said. “We were able to grow it significantly, and I think absolutely help a bunch of people transition into civilian life.”

Said Garcia, who is also graduating in the spring: “I still feel like we’re building the foundation, but hopefully the next group will keep pushing forward.”

Learn About Admission for Military and Veteran Students