December 11, 2018 | by the Office of Marketing and Communications 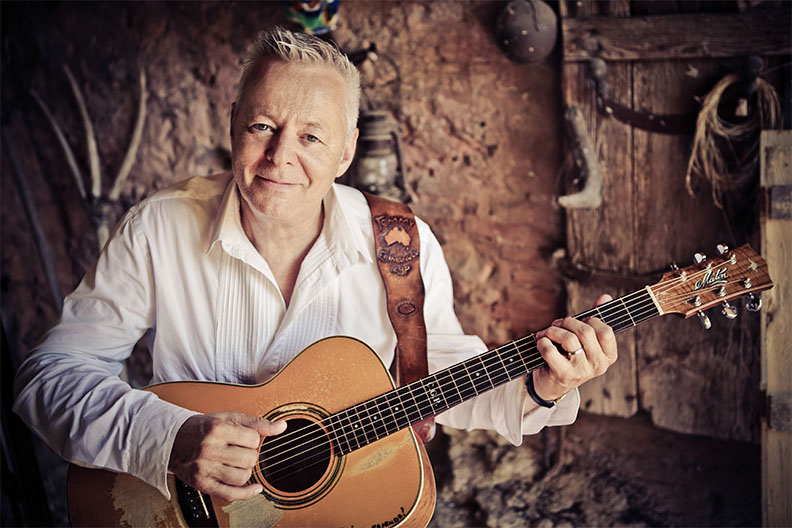 Grammy-nominated guitarist, composer and performer Tommy Emmanuel will perform a special sold-out concert on April 26, 2021, at Elmhurst University to benefit a scholarship fund named for his family.

The Emmanuel Family Guitar Endowed Scholarship at Elmhurst University was established in the fall of 2018 in memory of Emmanuel’s sister, Virginia; and brother, Phil. The scholarship was created through the generosity of Fred and Dinah Gretsch and the Gretsch Company, and will benefit Elmhurst guitar students. One hundred percent of the proceeds from the concert will be donated to this scholarship. The first recipients were selected in the spring of 2019.

“We’re overwhelmed by the generosity of Tommy Emmanuel and the Gretsch family,” said Peter Griffin, chair of the Department of Music. “It’s an honor for us to house this scholarship, which will support guitar students at Elmhurst University well into the future.”

The Elmhurst University Gretsch Guitar Ensemble will open the concert.

Renowned for a diverse musical range that extends from country-blues to rock ‘n’ roll, Emmanuel plays hundreds of sold-out shows every year from Nashville to Sydney to London. At 44, he became one of only five people ever to be named a Certified Guitar Player by his idol, music icon Chet Atkins.

At the age of 6, Emmanuel was touring regional Australia with his family band. By 30, he was a rock n’ roll lead guitarist burning up stadiums in Europe. Widely acknowledged as an international master of the solo acoustic guitar, Emmanuel’s latest album is Accomplice One, which features collaborations with performers like Jason Isbell, Mark Knopfler, Rodney Crowell, Jerry Douglas, Amanda Shires, Ricky Skaggs, J.D. Simo, David Grisman, Bryan Sutton, Suzy Bogguss and many more.