January 6, 2012 | by the Office of Marketing and Communications 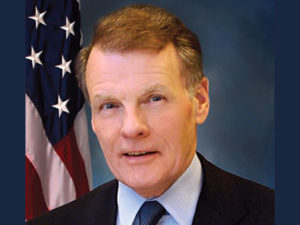 Michael J. Madigan, speaker of the Illinois House of Representatives, will assess the state’s budget crisis and the political landscape as the keynote speaker of the Elmhurst College Governmental Forum on January 24.

Madigan leads the Illinois House at a time when the state faces deepening financial woes, with a projected $500 million budget deficit that is likely to lead to additional cuts in public safety and social service programs. The speaker is expected to look ahead to the budget battles that will unfold over the next several months.

As chairman of the Democratic Party of Illinois, he will weigh in on the March primary contests and the impact of the 2011 redistricting, as well as the 2012 presidential race that is beginning to take shape.

The talk is a rare appearance for Madigan, who gives few public speeches. He represents the 22nd District on Chicago’s Southwest Side and is the longest-serving speaker in state history, having held the position since 1983, except for two years of Republican control in the 1990s. He has been a driving force behind laws to expand access to health care, improve education funding and standards, increase wages and benefits and strengthen the state’s economy.

The Elmhurst College Governmental Forum, in its fifth year, brings together top officials in local and state government to assess critical issues in politics, economics and governance. Last year’s keynote speaker was former Gov. Jim Edgar, who said state government would have to exercise fiscal discipline to return the state to health.

“The Forum underscores the importance of the College as a center for economic and political discussion in DuPage, Cook, the collar counties and the state,” said Lee Daniels, special assistant to the president for government and community relations at Elmhurst College and distinguished fellow in the College’s Department of Political Science.

Lance Pressl, president of the Chicagoland Chamber of Commerce Foundation, will present the results of a broad economic study of the Chicago metropolitan area in his talk, A New Direction for Economic Development and Prosperity. The study was conducted in 2011 by the Paris-based Organization for Economic Cooperation and Development (OECD) and focused on the tri-state metropolitan area that includes northwest Indiana and southeast Wisconsin.