David Rasche reflects on his unlikely path to an acclaimed acting career. 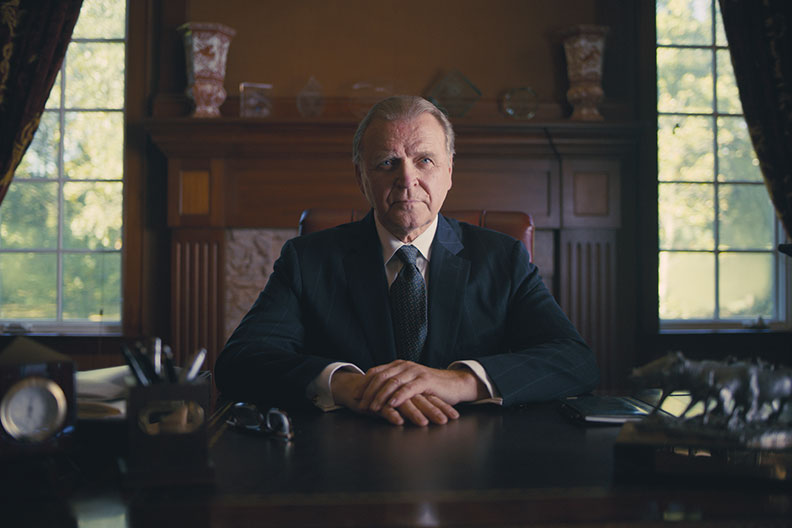 “The people who went to Elmhurst went on to become teachers and ministers and ran nursing homes—things that actually improved people’s lives. I am honored to be part of that group.” —David Rasche ’66, shown in the short film Father Figurine

Yes, the comedic actor has appeared in big-ticket movies (Burn After Reading, In the Loop, Men in Black 3), dozens of TV shows (Sledge Hammer!, Veep, Succession) and critically acclaimed plays (Sexual Perversity in Chicago, Edmond, Faustus). But according to Rasche, his Elmhurst classmates are the real stars.

“Tom Bentz is a wonderful minister who goes into broken churches and heals them,” Rasche says. “And Don Stahlhut helped thousands of people better their lives. That’s the kind of person you should be profiling. My contribution has been so small compared to Tom and Don.”

This isn’t false humility. Talking to Rasche, it’s clear that he’s genuinely grateful for everything that’s come his way, but he’s allergic to compliments and refuses to take credit for his success.

Blame it on his upbringing as the Midwestern son of a minister who was himself the son of a minister. In fact, 50 men in Rasche’s family tree were or are ministers. And an impressive number of them are Elmhurst grads.

Rasche might have become a minister, too, if not for a radio show. Lying around his Elmhurst dorm room one day, he heard something on WFMT-FM that altered the course of his life. It was Mike Nichols and Elaine May, the pioneering 1960s comedy duo, doing one of their trademark sketches.

“I thought it was the most miraculous thing I had ever experienced,” says Rasche. “So funny, so smart. It just changed everything.”

Unsure what to do after graduation, Rasche took the advice of his Elmhurst mentor, the late English professor Robert Swords, and earned a master’s degree in English. Then he taught for a year at Gustavus Adolphus College in Minnesota. Then, like generations of Rasches before him, he entered divinity school.

“After two years, the dean called me into his office and suggested I might be happier elsewhere,” says Rasche. “He was probably right.”

Clueless as to his next step, Rasche met a woman whose husband was working at The Second City, the not-yet-legendary improv comedy club in Chicago. She said Rasche should take a workshop, but he was terrified, so he convinced a friend to come with him.

“I walked in the door, saw the little tables with bent wooden chairs and the stage,” Rasche remembers. “Everything smelled of stale beer and cigarettes, and I said, ‘This is it.’” 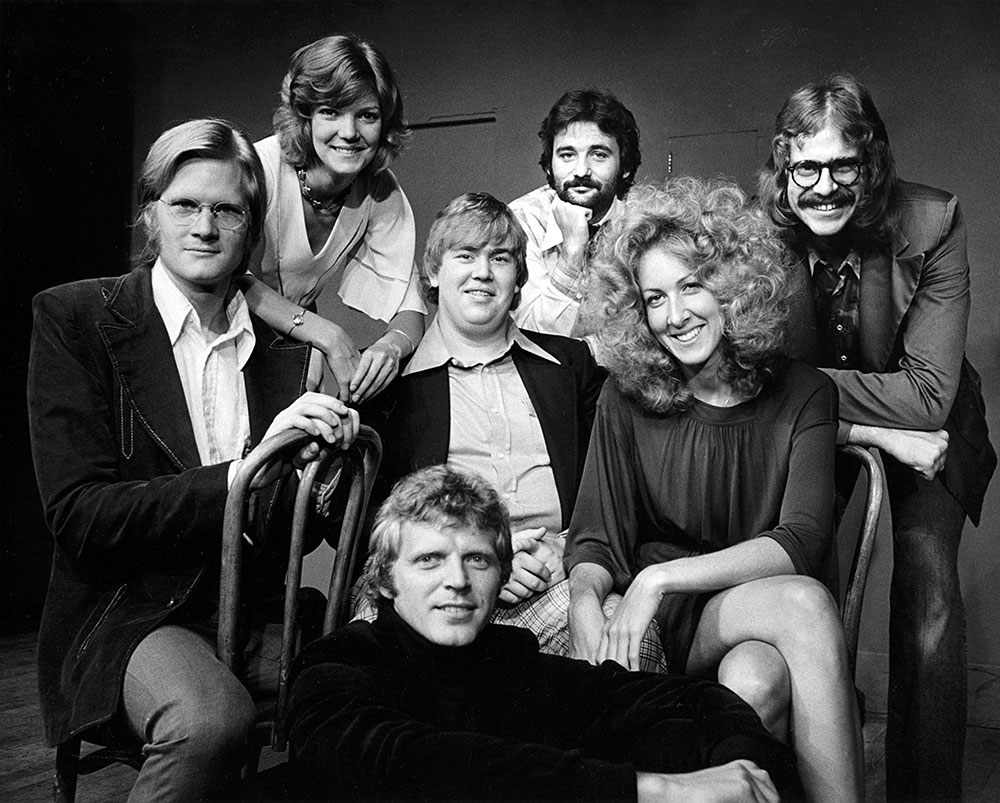 From that point on, according to Rasche, it was one lucky break after another. He went from taking workshops to being a full-time cast member (when John Belushi left, Rasche got his parts). David Mamet, the Pulitzer Prize-winning playwright, used to work at Second City. He cast Rasche in his very first production of Sexual Perversity in Chicago.

“I saw him onstage at Second City and just thought he was hysterically funny,” Mamet told Elmhurst’s FYI magazine in 2011. “He was very dry and always had a kind of ‘I know something you don’t’ twinkle in his eye—and maybe he does.”

If I Can Make It There …

Then a friend told Rasche he should trying acting in New York, so he got on a train and showed up at Grand Central Station with absolutely no plan. He called the only person he knew in the city—his old Elmhurst buddy Tom Bentz, now married—and asked, “Can I sleep on your couch?”

“I stayed for six months,” Rasche recalls. “I don’t know what was going through my mind or theirs.”

In New York, Rasche took acting classes, got booked on “a stupid TV show,” did a play. Someone told Rasche he should get an agent, but there was only one agent he wanted and what were the odds he even knew Rasche’s name? Until he showed up at Rasche’s play and asked to represent him.

Rasche’s big break was a starring role in the cult comedy hit Sledge Hammer! (1986–1988). Since then, he’s played a string of memorable comic and dramatic characters, including a recurring role as Speaker of the House Jim Marwood on the Emmy Award-winning Veep and a corporate stooge named Karl on the darkly comic HBO hit Succession.

Up next is an Off-Broadway stage adaptation of a satirical 1930s novel called Black No More, in which an African-American scientist creates a machine that can change black people to white people.

“It’s shocking and it’s going to be very controversial on all sides,” says Rasche of the show, a rap musical written by Oscar winner John Ridley of 12 Years a Slave with music by The Roots. “Everybody will have something to say about this.”

Rasche sounds legitimately excited about the project and his juicy role as a racist Southern preacher. But don’t think for a second that his latest spate of successes has gone to his head. He still thinks we’ve got the wrong Elmhurst alumnus for this profile.

“Elmhurst was a wonderful place,” Rasche says. “The people who went to Elmhurst went on to become teachers and ministers and ran nursing homes—things that actually improved people’s lives. I am honored to be part of that group.”

Connect With Us
Read the Alumni Magazine