April 4, 2014 | by the Office of Marketing and Communications 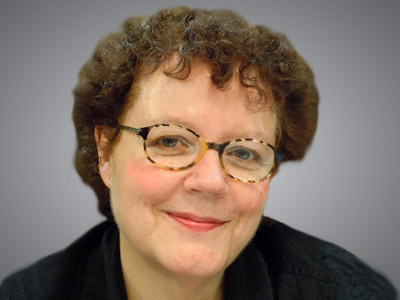 Julia Keller is a novelist, journalist, teacher and determined polymath.

As the cultural critic of the Chicago Tribune, she won the Pulitzer Prize and wrote essays and stories “about just about anything,” including literature, music, television, science and sports. She has taught at Princeton, Notre Dame, the University of Chicago and Ohio University. With the skills and perspective of a natural synthesizer, she uncovers the commonalities of science and art.

On April 23, Keller will present Science and Art: All Together Now at Elmhurst College.

Keller is the author of Bitter River (2013), the second novel in the critically acclaimed series set in her home state of West Virginia. In 2005, when she was cultural critic and a reporter for the Chicago Tribune, Keller won the Pulitzer Prize in feature writing for what the judges called a “gripping, meticulously constructed account” of the April 2004 tornado that killed eight people in Utica, Ill.

She was a Nieman Fellow at Harvard University and the McGraw Professor of Writing at Princeton University, and has served four times as a juror for the Pulitzer Prizes. Her reviews and commentary have aired on National Public Radio and The NewsHour on PBS.

“Science and Art: All Together Now” will begin at 7:00 p.m. on Wednesday, April 23, in the Founders Lounge of the Frick Center. Admission is $10 for the general public, and free for Elmhurst College students, faculty, staff and alumni. Tickets are available online or at the door, depending on availability. For more information, call (630) 617-3390.