June 11, 2019 | by the Office of Marketing and Communications 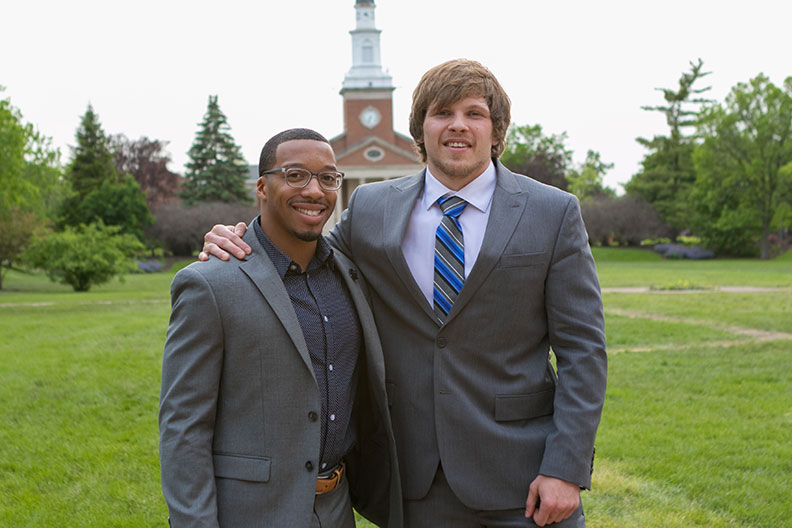 So far, 2019 has been a busy year for Elmhurst athletics, from Faganel Hall to Langhorst Field and beyond.

NCAA tournament finalists, All-America accolades, academic all-conference honorees: Bluejay student-athletes make us proud both on and off the field.

A New Generation of Leadership

We’re excited to welcome Wendy McManus as our new athletic director; she takes the reins July 1.

McManus comes to Elmhurst with a wealth of experience in coaching and higher-education athletics administration. As the associate director of athletics at Minot State University in North Dakota for the past three years, she was instrumental in multiple facility improvement projects, as well as the negotiation of a six-year apparel partnership with Under Armour.

Her background also includes positions at the University of New Haven, Northwestern Oklahoma State and the University of the Southwest. McManus began her career coaching volleyball at Texas A&M International for five years, during which she led the Dust Devils to their best record in school history in 2006.

At Elmhurst, she’s poised to lead a department that oversees 450 Bluejay athletes competing in more than 20 varsity sports. “The experience of our student-athletes will continue to be at the forefront of how we operate,” McManus says.

This year’s class includes two new Elmhurst athletic legends. On June 3, we welcomed into the Hall:

The award is named for Oliver “Uncle Pete” Langhorst, a Bluejay Backer Hall of Fame Inductee and alumnus who starred on the Elmhurst football team before serving more than 35 years as a College coach.

Established in 1982, our Bluejay Backer Golf Outing is the biggest fundraising event for Elmhurst athletics each year.

The 37th annual Bluejay Backer Golf Outing took place June 4 at Bloomingdale Golf Club in Bloomingdale, Ill. The jam-packed event included 18 holes of golf with plenty of food and drinks along the way. We awarded prizes for longest drive, hole-in-one(s) and more throughout the day, and participants bid on one-of-a-kind auction items.

Stay True to the Blue