October 24, 2019 | by the Office of Marketing and Communications 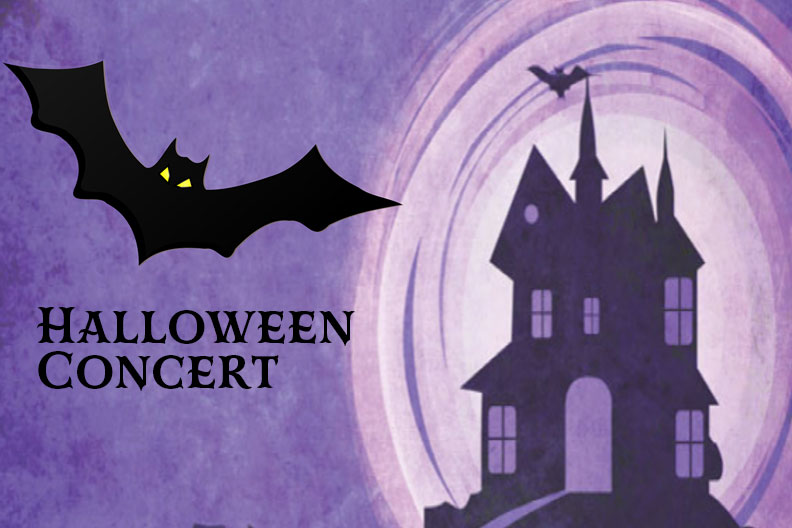 Update: This event has been canceled.

Fun for the whole family, the concert will feature costumed musicians and a specially decorated concert space. Audience members are encouraged to come in costume too, especially the little ones, who can take part in a costume parade. Following the concert, children can go trick or treating. Treats will be provided by the College’s Intervarsity Council of fraternities and the Panhellenic Council of sororities.

Only 45 minutes in length, the fast-paced concert is designed to help keep children engaged, and many of the pieces of music will be accompanied by a large-screen video to help tell the story. The concert will feature popular music associated with Halloween, including movie music from “Halloween 1978” and “Ghostbusters,” “Time Warp” from “The Rocky Horror Picture Show,” and Michael Jackson’s monster hit “Thriller.” Timeless classical masterpieces will also be featured, including Mussorgsky’s “The Hut of Baba Yaga” and the “Danse Macabre” by Camille Saint-Saens. The percussion section will be featured on the theme from “The Addams Family.”

This concert is a part of a larger effort to increase community engagement and general awareness of the band program at Elmhurst College. “This concert is for the community, with a family-friendly environment celebrating Halloween. It’ll be a great way to bring people together,” said Director of Bands James Hile.