Yale Scholar Miroslav Volf to Give Niebuhr Lecture on April 26

April 5, 2022 | by the Office of Marketing and Communications 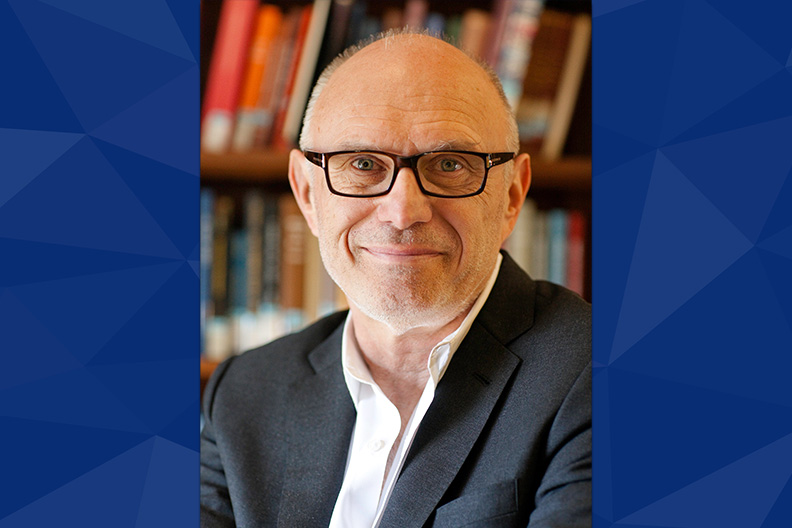 Miroslav Volf has been hailed as one of the most celebrated and respected theologians of our day. He is the Henry B. Wright Professor of Systematic Theology at Yale University Divinity School, and founding director of the Yale Center for Faith & Culture.

On April 26, Volf will present “The World as God’s Home: Religion and Politics in the Visions of John of Patmos,” this year’s Niebuhr Lecture at Elmhurst University.

A member of the Episcopal Church in the U.S.A. and the Evangelical Church in Croatia, Professor Volf has taken part in international ecumenical and interfaith dialogues, and is an active participant in the Global Agenda Council on Values of the World Economic Forum. For three years, he taught a course on Faith and Globalization with former British Prime Minister Tony Blair.

His book Exclusion and Embrace (1996) was a winner of the prestigious Grawemeyer Award in Religion, and Christianity Today named it one of the 100 most important religious books of the 20th century.

The Niebuhr Lecture is Elmhurst University’s oldest lecture. It features theologians and religious scholars, primarily in the tradition of the United Church of Christ. The series honors Elmhurst alumni Reinhold and H. Richard Niebuhr, widely considered to be among the foremost American theologians of the 20th century. The lecture is part of the Religious Literacy Project at Elmhurst University.