Author Erik Larson to Discuss In the Garden of Beasts

April 9, 2012 | by the Office of Marketing and Communications 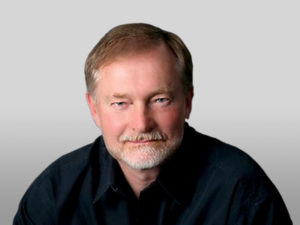 Erik Larson’s latest book, In the Garden of Beasts, chronicles the life of an American family living in Berlin as Adolf Hitler is beginning his ascent to absolute power in the 1930s.

Larson will talk about researching and writing the book—a process he has described as “tough, almost heartbreaking”—on Sunday, April 15, as the keynote speaker for the 22nd Annual Holocaust Education Project.

In the Garden of Beasts: Love, Terror, and an American Family in Hitler’s Berlin focuses on University of Chicago professor William E. Dodd, who became the U.S. ambassador to Germany in 1933; and his vivacious daughter, Martha. As the Dodds watch Hitler gradually consolidate his power and impose increasingly severe restrictions on Germany’s Jewish population, William Dodd’s attempts to warn the U.S. State Department fall on deaf ears.

“William Dodd and Martha underwent real-life transformation in their first year in Berlin,” Larson said in an interview last spring with the Chicago Tribune. “They were like characters out of Grimm’s fairy tales, in a forest that is growing darker and darker.”

Hailed by The New York Times as “a marvelous writer . . . superb at creating characters with a few short strokes,” Larson is also the author of the No. 1 New York Times bestseller The Devil in the White City, about the World’s Columbian Exposition in 1893. He is a former features writer for The Wall Street Journal and TIME magazine, where he is still a contributing writer.

The Holocaust Guestship Lecture and a Service of Remembrance will begin at 7:00 p.m. in Hammerschmidt Memorial Chapel. A book signing will follow the lecture. The event is free and the public is invited.

Larson’s lecture is part of The Annual Holocaust Education Project at Elmhurst College, an interfaith, interdisciplinary effort “to teach what cannot be taught.” Since its inception in 1991, the weeklong Project has explored the Holocaust through lectures, films, discussions with survivors and rescuers, teacher education projects, art exhibits and services of remembrance.

Other Holocaust Education Week events include: