May 18, 2022 | by the Office of Marketing and Communications 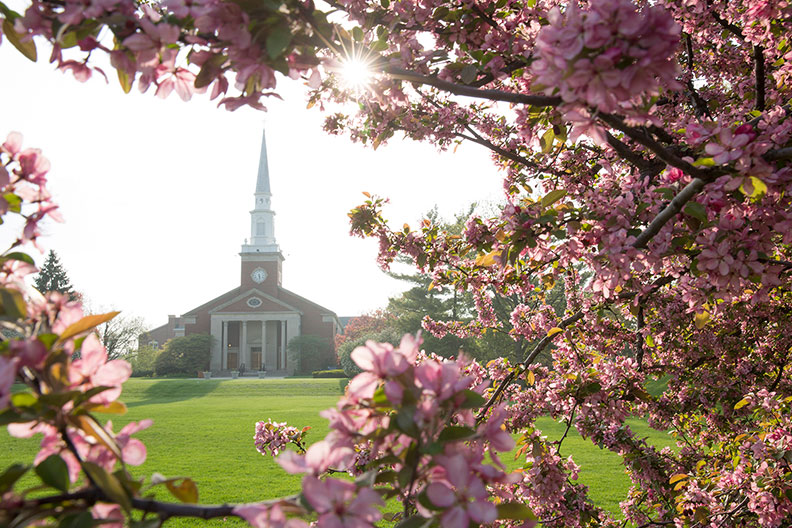 Five Elmhurst University seniors received Founders Awards and the Bluejay of the Year and Senior of the Year awards for their outstanding service and leadership. The awards are considered among the University’s top honors for individual achievement.

The winners were announced during the Elmhurst University 2022 Student Leadership Awards, held earlier this month. A number of awards were given out at the ceremony, which celebrates campus leaders, organizations and initiatives that support student success and enhance the student experience. Recognition went to Bluejay First mentors, Orientation Student Leaders, outstanding Greek chapters, athletic scholars and more.

BLUEJAY OF THE YEAR

The Bluejay of the Year award is given to a student who clearly demonstrates what it means to be an Elmhurst Bluejay. The honoree is welcoming and enthusiastic, always exhibiting Bluejay spirit. They are heavily involved in campus life, hold integrity in high esteem, and are always mindful that their actions are aligned with the Bluejay tradition.

Mason Garcia, a cybersecurity major from Orland Park, Ill., won this year’s Bluejay of the Year award. Garcia has served as an Orientation Student Leader and was active in various groups on campus, including Alpha Sigma Phi fraternity. He also served as a student ambassador, and “never declined an opportunity to assist and lend a hand,” his nominators said.

SENIOR OF THE YEAR

Sonali Rajput, a biochemistry major from Berkeley, Ill., was named the 2022 Senior of the Year. A first-generation college student, Rajput was involved in the Union Board (serving as president the past two years) and the Student Government Association, and founded the Hindu Students Association. As an EC Connection and Bluejay First mentor, she helped other students build their campus network, and offered strategies for success based on her experiences, especially during the pandemic. After graduation, she plans to pursue a master’s degree in nursing at Elmhurst.