May 9, 2022 | by the Office of Marketing and Communications 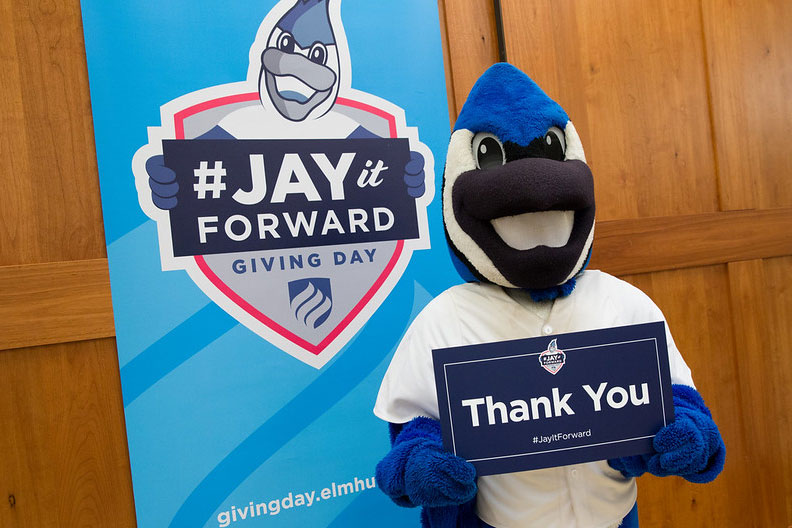 Elmhurst University alumni, parents, friends, faculty, staff and students came together on May 5 and raised more than $299,000 during #JayItForward Giving Day 2022.

The amount significantly exceeded this year’s goal of $250,000 and puts the University in range of setting a new fundraising record for the current fiscal year.

Proceeds from the 24-hour #JayItForward fundraiser support student scholarships and other campus initiatives included in Elmhurst 150: The Campaign for Elmhurst University, the University’s largest-ever fundraising campaign.

That evening, President Troy D. and Dr. Annette VanAken made the last stop on their yearlong President’s Road Trip around the country, meeting with alumni and friends at Lacuna Lofts in Chicago.

The progress made on #JayItForward Giving Day pushes Elmhurst even closer to setting a new fiscal year fundraising record. Last year, the University raised $10.01 million. This year, $9.7 million has been raised so far, with nearly two months still left in the current fiscal year. Meanwhile, the Elmhurst 150 campaign has raised just over $45 million toward its $50 million goal.

“As we continue to celebrate our 150th anniversary, what we accomplished during this #JayItForward Giving Day marked an important milestone,” President VanAken said. “I’m so grateful for the support and collaboration, among both our alumni and campus communities, that made all this possible.”