September 23, 2013 | by the Office of Marketing and Communications 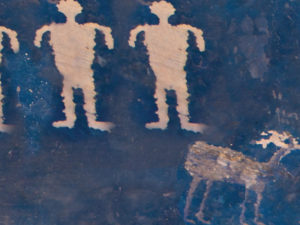 Robert A. Williams Jr. is a leading expert on Native American law and the rights of indigenous peoples.

A member of the Lumbee Indian Tribe, he proposes a wide-ranging reexamination of the Western world’s history, told from the perspective of civilization’s war on tribalism as a way of life.

Williams will discuss Savage Anxieties: The Invention of Western Civilization at Elmhurst College on September 23. His lecture is part of the Rudolf G. Schade Lecture Series on History, Ethics and the Law, and is sponsored in part by BMO Harris Bank.

Named by Indian Country Today as one of their 2011 “Heroes on the Hill” for his human rights advocacy work, Williams has represented tribal groups and members before the Inter-American Court of Human Rights and the United States Supreme Court (Nevada v. Hicks, 2011 term), while also serving as the chief justice for the Court of Appeals and trial judge pro tem for the Tohono O’odham Nation.

Williams currently teaches law at the University of Arizona. After receiving his J.D. from Harvard Law School in 1980, Williams was named the first Oneida Indian Nation Visiting Professor of Harvard Law. He is the recipient of the University of Arizona’s Koffler Prize for Outstanding Accomplishments in Public Service, and has received grants and awards from organizations such as the John D. and Catherine T. MacArthur Foundation and the National Institute of Justice.

In addition to his latest book, Savage Anxieties: The Invention of Western Civilization, Williams is the author of several others, including The American Indian in Western Legal Thought: The Discourses of Conquest, which received the Gustavus Meyers Human Rights Center Award in 1990.

Williams’ talk at Elmhurst will begin at 7:00 p.m. on Monday, September 23, in the Founders Lounge of the Frick Center. A book-signing will follow the lecture. Admission is $10 for the general public and free for Elmhurst College students, faculty, staff and alumni. Tickets are available at the door or online. For more information, call (630) 617-3390.