May 27, 2021 | by the Office of Marketing and Communications 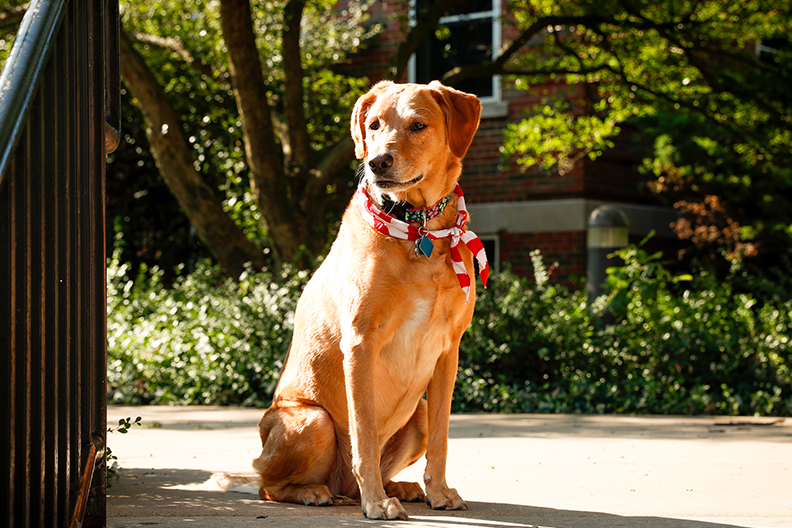 There are countless expressions about the inability of money to buy happiness. Maybe those who feel that way should think about buying a treat for their furry friends.

In findings published in The Journal of Positive Psychology, Elmhurst University faculty and students showed that a person’s happiness can be affected by purchasing a gift for their pet. Study participants reported being happier when buying for a pet than spending money on themselves or another person.

“Having more money only makes you happier to a point, but there is now a growing literature demonstrating that how you spend money can increase well-being,” said Liz Majka, assistant professor of psychology and a paper co-author. “We know that spending on others is better than spending on yourself in terms of happiness, but now we see that spending on pets surpasses that.”

Majka, Jessica Sim, assistant professor of psychology, and former students Michael White, Nazia Khan and Jennifer Deren designed experiments in which they gave people $5 and told them to spend the money on themselves, another person or a pet. Afterward, those people completed surveys that measured indicators of happiness.

Not only did those who purchased a gift for a pet report being happier, but those who had already given the gift to the pet were the happiest.

It may be that connection to the gift receiver could affect the amount of happiness the giver feels.

“We know from some of the past work on spending on others, who you spend on matters,” White said. “People are really close to their pets. They’re like siblings, children, best friends, and that’s an important connection.”

It’s also possible that the reaction from the receiver plays a role. While a friend may be appropriately appreciative for a cup of Starbucks coffee, a dog getting a new squeaky toy is on another level.

“If we go to the dollar store, you might worry about how a friend might receive that kind of gift,” Sim said. “But your pet doesn’t care about where it came from or how much it cost. They’re just really happy, and that seems to be contagious.”